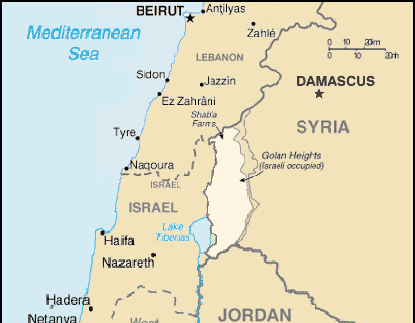 Syria’s state-run media says Israel carried out an attack on the country’s south, with two missiles targeting an empty house, but no casualties were reported.

The missiles came from the Israeli-occupied Golan Heights early on Wednesday, aimed at the building south of the capital Damascus, the state-run news agency SANA said, adding that Syria’s defence systems intercepted one of the incoming missiles.

The attack caused no losses, the agency added.

Israel, which has carried out hundreds of attacks in the past several years, did not immediately comment on the report.

Earlier this month, two Syrian soldiers were killed after Israel carried out an air raid near the eastern countryside of Homs and the coastal city of Tartous.

nd last month, a Syrian soldier was killed and three others were wounded in an Israeli aerial attack near Palmyra in Homs.

The aerial raids came amid an increase in reported attacks by Israel on Syria in recent weeks.

Israel rarely acknowledges or discusses attacks inside Syria, but has admitted targeting the bases of Iran-allied groups, such as the powerful Lebanese Hezbollah group.

It has said that an Iranian presence on its northern frontier is a red line. Israel considers Iran, a close military backer of Syrian President Bashar al-Assad, its main regional foe.

Israel has repeatedly attacked what it has described as Iran-linked facilities and weapons convoys destined for Hezbollah, which is fighting on the side of al-Assad’s forces in the decade-old war in Syria.