Lebanon faces exodus of industrialists over crisis with Gulf 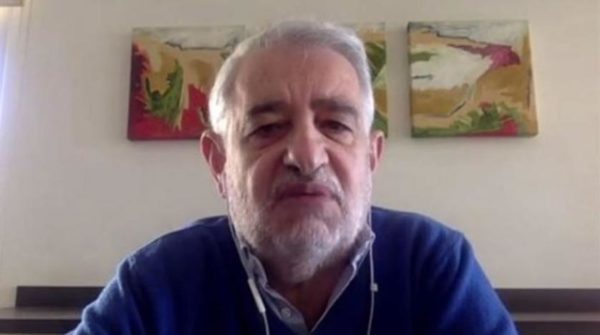 Vice President of the Association of Lebanese Industrialists Ziad Bekdache, says the gulf crisis is a huge blow to Lebanon’s industrialists , who are now seeking to relocate to other countries , which will greatly increase the unemployment in Lebanon and put more pressure on the sinking economy . He said that Exports to the kingdom of Saudi Arabia accounted for about 60%-65% percent of total food production. The kingdom banned food imports after seizing a huge shipment of smuggled drugs ( captain pills). The Iranian backed Hezbollah reportedly manufactures these drugs near the Lebanese Syrian borders . Several Hezbollah smuggled shipments of Captagon pills were seized by various countries . most recently Nigeria seized an $11 million smuggled Hezbollah shipment and about a year ago Italy seized a Hezbollah smuggled shipment worth over one $billion
Share:

Since 2019, the Lebanese government has not been able to stop the economic collapse afflicting Lebanon. On the contrary, the state has resorted to political approaches that have been putting nails in the country’s coffin in general, and the economy in particular. Because of these irresponsible approaches, Arab Gulf states have shut down their doors to the livelihoods of the Lebanese, depriving them of access to the largest import market.

Lebanon’s government has failed to arrest drug smugglers trafficking narcotics to the Kingdom of Saudi Arabia.

Lebanon’s government has failed to arrest drug smugglers trafficking narcotics to the Kingdom of Saudi Arabia.

“Many of Lebanon’s industrialists have already begun to study markets in other countries such as Oman and Egypt, and even Turkey and Cyprus, in search of a place to move their factories, while some closed their factories and dismantled their machines and actually moved,” Vice President of the Association of Lebanese Industrialists Ziad Bekdache told Asharq Al-Awsat.

“We went with a delegation of industrialists to Muscat some time ago to study the market there, and some rented factories while others were studying the possibility of moving,” added Bekdache.

Bekdache said that, about four months ago, after a smuggled shipment of Captagon exported from Lebanon to Saudi Arabia was seized, food factories that export in large quantities to Saudi Arabia and Bahrain were forced to reduce production or dismantle their machines and move to other countries.

Lebanese food factories, according to Bekdache, rely heavily on their exports to Saudi Arabia.

Exports to the kingdom account for about 60%-65% percent of total production.

Bekdache adds that the untimely comments by Wehbe and Kordahi have led to the barring of all Lebanese exports to Saudi markets. This has spurred fear among Lebanese industrialists that Kuwait, Bahrain, and the UAE will also ban Lebanese products in their countries.

Stressing that Lebanese industrialists cannot afford to lose access to Gulf markets, Bakdache said “all industrialists are in a stage of brainstorming to know where they will go with their industries next.”