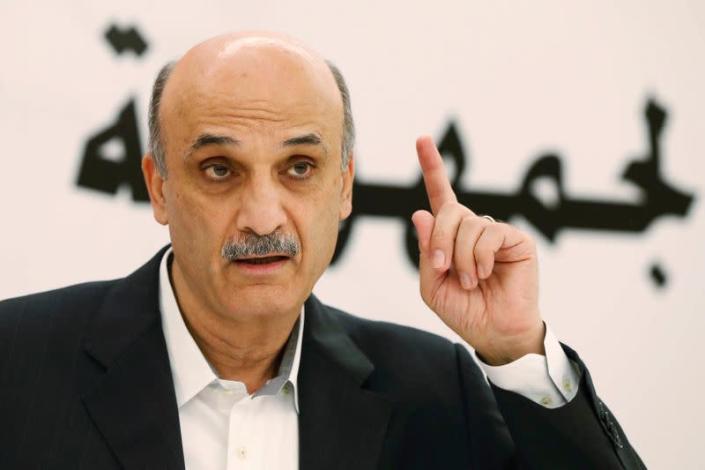 The leader of the Christian Lebanese Forces party denied on Thursday his group has fighters, dismissing accusations by Hezbollah that it has a militia and seeks civil war as the fallout of deadly violence in Beirut continues to roil Lebanon.

Already suffering a devastating economic meltdown, Lebanon has been overshadowed by renewed tensions since seven Shi’ites were shot dead in Beirut last week during the worst street violence in the capital in more than a decade.

The Lebanese Forces , which is a Lebanese party with close Saudi ties and which had a powerful militia in the 1975-90 civil war, has denied any involvement.

In an interview with Lebanese broadcaster MTV on Thursday, LF leader Samir Geagea said the confrontation with Hezbollah was purely political and must remain so.

“We do not have fighters,” Geagea said.

Nobody should think about confronting Hezbollah militarily, Geagea said, saying this would be a big mistake.

Sources familiar with the matter told Reuters a military court would ask Geagea to give a statement about the Oct. 14 violence. The sources did not say when.

Asked about the report, Geagea said he had not been informed of any request for a statement, but if the court wants to take one from him it should first listen to Hezbollah leader Sayyed Hassan Nasrallah.

Thursday’s shooting started as supporters of Hezbollah and its Shi’ite ally Amal were gathering for a demonstration against the lead investigator in the Beirut port blast probe.

The army is still investigating the violence. Hezbollah has accused the LF of an ambush. There was no immediate response from Hezbollah to Geagea’s comments.

Geagea has said the trouble began when supporters of the Shi’ite parties entered the Christian neighbourhood of Ain al-Remmaneh where they vandalised cars and four residents were wounded before a shot was fired. On Thursday, Geagea said Ain al-Remmaneh had been subjected to “an invasion”.

He has said he did not know who had opened fire.

The army said on Saturday a soldier suspected of opening fire towards the protesters was under investigation.