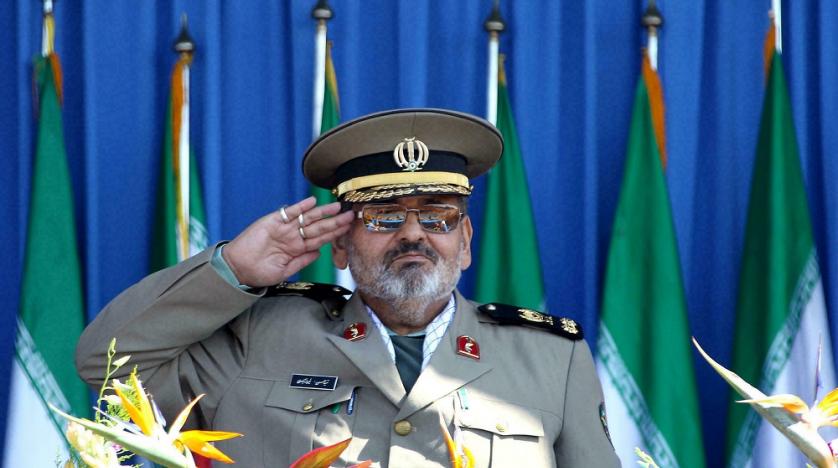 Former Iranian armed forces chief Hasan Firouzabadi, who has reportedly died of Covid at the age of 70, is seen saluting during an annual military parade in this file picture taken on September 22, 2010. (AFP)
Share:

Former Iranian armed forces chief Hassan Firouzabadi, who once accused Western nations of spying on the country using lizards, has died of coronavirus at age 70, local media reported on Friday.

A trained doctor, Firouzabadi joined the Basij volunteer militia during the Iran-Iraq war of 1980-88.

Serving in administrative roles, he swiftly rose up its ranks before being named head of the armed forces in September 1989 by Iran’s supreme leader Ali Khamenei, remaining in the post until 2016.

Iran’s armed forces chief has authority over both the regular army and the Revolutionary Guard Corps.

That made Firouzabadi one of the main architects of Iranian military support for Baghdad and Damascus in their battles against the ISIS group and other extremist movements.

Replaced by Mohammad Hossein Bagheri at the head of the armed forces, Firouzabadi then served as Khamenei’s military adviser until his death.

The Fars news agency reported that he died after contracting Covid-19.

In 2018, during an international face-off over the death in jail of Iranian-Canadian environmentalist Kavous Seyed Emami, Firouzabadi accused Western countries of using lizards and chameleons as “nuclear spies” to “find uranium mines and atomic activity” in Iran.