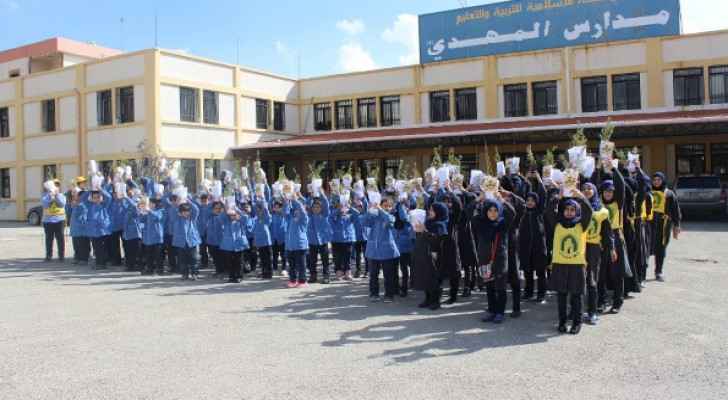 Lebanon’s private schools see mass exodus as tuition becomes unaffordable for the new poor of Lebanon . Entire families have seen their savings all but vanish and salaries dwindle to barely a tenth of their previous dollar values and they can’t access their foreign currency bank accounts
Share:

Roula Mrad wanted to give her children a head start in life with a private education, but Lebanon’s economic crisis is forcing her to move them to the substandard state system.

“My children have always been educated privately,” said Mrad, who works at the finance ministry.

But “now we can no longer afford that privilege.”

She is just one of thousands of newly impoverished parents in the Mediterranean country pulling their children out of private classrooms because they can no longer pay the fees.

More than 90,000 Lebanese students have already been moved since the crisis broke out in 2019, says the education ministry, which is bracing itself for many more when schools start re-opening from September 27.

Since 2019, Lebanon’s financial meltdown, one on the planet’s worst since the 1850s, has decimated the country’s middle class.

Entire families have seen their savings all but vanish and salaries dwindle to barely a tenth of their previous dollar values.

The UN says poverty now affects more than three quarters of the population.

Unable to keep up with ever-rising private school fees, last year Mrad moved her eldest son to a state facility to finish his last year of high school.

This year his 14-year-old brother Rayan will follow suit. But the family will try desperately to keep their youngest daughter in the private system a little longer.

Sami Makhlouf, a 55-year-old plumber, says he used to spend the equivalent of $13,000 a year on private education for his four children.

But as his earnings plummeted last year, he was forced to uproot the whole family from a Beirut suburb back to his home village in Lebanon’s east.

He says life is cheaper in the village of Qaa, where he has planted a vegetable garden and enrolled his children at a government school.

“This crisis has decimated the middle class,” Makhlouf said.

The coronavirus pandemic has compounded the problem.

More than a million children in Lebanon have been out of school since Covid-19 arrived in Lebanon in February 2020, according to aid group Save the Children.

Now the country is set to return to nationwide in-classroom learning, after months of battling to implement distance learning despite petrol shortages and never-ending power cuts.

The education ministry says it is doing its best to adapt.

Hilda Khoury, who heads the ministry’s counselling and guidance department, said the influx of new students from the private sector was a “huge challenge”.

But, she adds, it is also an “opportunity” for the public school system, which already accommodates more than 383,0000 students, to prove it is fit for task.

– ‘Even education is collapsing’ –

Better-off pupils are emigrating with their families, while those with poorer parents are moving to cheaper private institutions or state schools.

“If the private sector is not supported, it will be the end of quality education in Lebanon,” warned the network’s former secretary-general Boutros Azar.

Lebanon once provided the fourth-best maths and science education in the world, according to a 2016 World Economic Forum report. The country has long been known for its well-educated, multilingual citizens.

“But that could all soon change,” said Rodolphe Abboud, head of the private school teachers’ union.

He said a few thousand of the union’s 43,000 members had already joined the country’s brain drain.

Many have already emigrated to Europe, the United Arab Emirates or Cyprus, she said.

“Even education, the cornerstone of our society, is collapsing.”