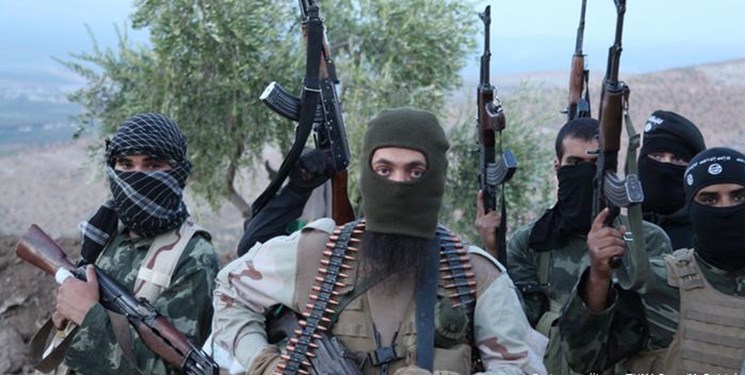 WASHINGTON – The threat of ISIS terror attacks in Kabul on civilians surrounding the airport and on American forces posted there has forced changes in the Biden administration’s planning for the evacuation, according to two U.S. officials.

Commanders paused evacuation flights Saturday in part because of the terror threat, one of the officials said. The other official acknowledged the terror threat from ISIS-K, and the group’s drive to mount a spectacular attack. However, the second official attributed the suspension of flights more to the limited capacity at Al Udeid air base in Qatar to handle the flood of American citizens and Afghan refugees.

To speed the flow of refugees, the Pentagon sad Sunday that Defense Secretary Lloyd Austin had invoked the military’s authority to use 18 civilian airliners to ferry passengers to the United States and other destinations after they have been evacuated from Hamid Karzai International Airport.

“We know that terrorists may seek to exploit the situation and target innocent Afghans or American troops,” President Joe Biden said at the White House Sunday. “We’re maintaining constant vigilance to monitor and disrupt threats from any source, including the likely source being ISIS, ISIS-K, the Afghan affiliate referred to as ISIS-K.”

“But we’re under no illusions about the threat,” Biden added.

The Pentagon Inspector General, in a report released last week, noted ISIS-K had lashed out in the last months of the Afghan government, seizing on its weakness.

“ISIS-Khorasan exploited the political instability and rise in violence during the quarter by attacking minority sectarian targets and infrastructure to spread fear and highlight the Afghan government’s inability to provide adequate security,” the report said.

The fear now is that ISIS-K might target the crowds of Afghans and others swarming the gates at Hamid Karzai International airport, one official said. The airfield is secured by more than 5,000 U.S. troops. But the security that exists beyond its perimeter has been provided by the Taliban, who have been beating Afghans and some U.S. citizens at checkpoints leading to the airport.

U.S. troops are also a target. But Pentagon officials have acknowledged only one instance in which they have ventured outside the wire to shepherd a group of 169 people inside the airport.

The K stands for Khorasan, the Islamic State in Iraq and Syria’s affiliate in Pakistan and Afghanistan, where U.S.-led forces have fought Taliban and al Qaeda militants since 2001. U.S. officials have grown alarmed in recent years about the group’s growing strength, savagery and intent on attacking western targets.

ISIS-K considers the Taliban, noted for its brutality, to be insufficiently devout in its adherence to Islam. The two militant groups engage in regular attacks on each other, a senior U.S. intelligence official told USA TODAY in 2019.

Of particular concern for military planners is the group’s focus on launching attacks in Kabul. It mounted six major attacks in the Afghan capital in 2016, 18 attacks in 2017 and 24 in 2018, the official said. Its attacks have continued to intensify.

“Every day we have troops on the ground, these troops, and innocent civilians at the airport, face the risk of attack from ISIS-K from a distance, even though we’re moving back the perimeter significantly,” Biden said. “We’re working hard, and as fast as we can to get people out.”

Biden raised the possibility that the U.S. might extend the Aug. 31 deadline for the full removal of U.S. troops, depending on the speed of the evacuations. “Our hope is we will not have to extend.”

On May 8, ISIS-K attacked a school for girls in Kabul and killed at least 68 people, wounding more than than 165, mostly girls, according to a Defense Intelligence Agency assessment cited by the inspector general. A suicide bomber drove a car full of explosives into the school’s gate, and, as the children fled, additional bombs exploded.

The school was for the Hazara, a Shiite Muslim ethnic minority targeted by the Sunni ISIS-K. In May 2020, ISIS-K attacked a Hazara maternity clinic, killing 24 mothers, newborns and a health-care provider.

Prior to the withdrawal of U.S. troops, negotiated by former President Donald Trump and accelerated by Biden, U.S. military commanders sought to annihilate ISIS-K. Army Gen. Joseph Votel, the former head of U.S. Central Command, declared that ISIS-K terrorists were “not reconcilable.” In 2017, the Pentagon unleashed the largest conventional bomb in the U.S. arsenal, the Massive Ordnance Air Blast, also known as the Mother of All Bombs, on an ISIS-K stronghold. The explosion killed an estimated 96 fighters.

Evidence of the group’s fanaticism, according to intelligence gathered two years ago showed that ISIS-K fighters stranded in mountain passes survived on a small supply of pine nuts, the intelligence official said. They preferred starving to profiting from the lucrative trade in opium, he said.