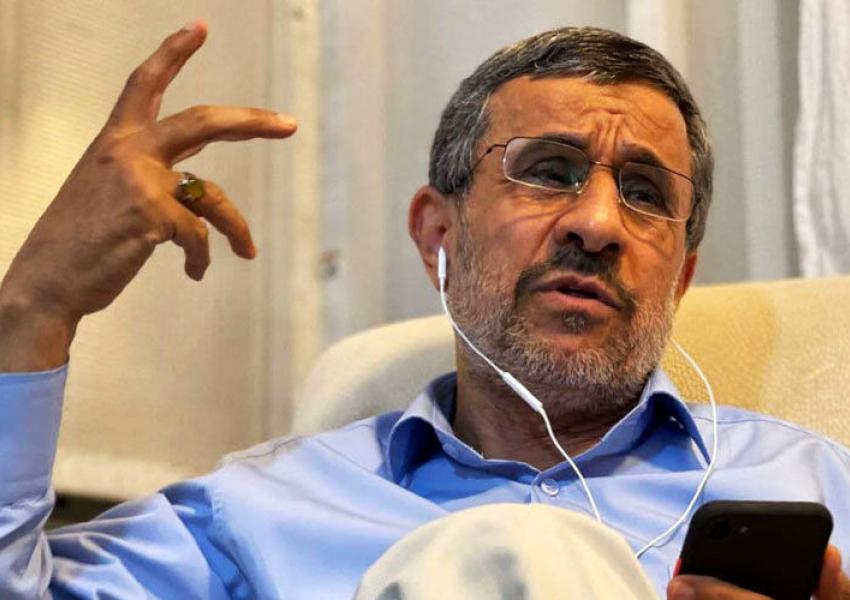 Former President Mahmoud Ahmadinejad says the highest-ranking Iranian intelligence official in charge of countering Israeli spies in Iran was himself an agent of Israel. He did not name anyone nor specify the time period in question.

Ahmadinejad attributed the success of Israel’s intelligence operations in Iran to the high level of Tel Aviv’s influence and infiltration in the Iranian intelligence and security agencies.

The former president’s comments were published after former Mossad chief Yossi Cohen revealed details of Israeli operations in Iran in an interview on Thursday. He implicitly acknowledged that Israeli spies were involved in two explosions in the Iranian uranium enrichment facility in Nantanz, and that Israel has been closely monitoring nuclear scientist Mohsen Fakhrizadeh’s moves for a long time before killing him in November 2020.

Referring to the theft of thousands of Iranian secret nuclear document in February 2018 from a warehouse near Tehran, Cohen said more than 20 Mossad agents were involved in the operation. He said the agents were not Israelis, adding that all of them are alive and some of them have already left Iran.

Iran’s election watchdog, the Guardian Council prevented Ahmadinejad from running for president in the June 18 election possibly because of his repeated criticisms of the Islamic Republic’s leaders since 2017.

In a video interview published on Friday, Ahmadinejad spoke about a major Israeli operation in Iran and talked about “a corrupt gang at the high level of the Islamic Republic’s intelligence agencies.” He said: “This corrupt gang should disclose its role in the assassination of Iranian nuclear scientists and the explosions at the enrichment site in Natanz. They stole important documents from Torquzabad and the Iranian Space Agency. These are no jokes. Extremely important documents have been stolen and the country’s security has been compromised.”

He explained: “They carried out a major operation in Torquzabad (near Tehran). They gave several vanloads of documents to Israel. It was not just one piece of paper. There were several vans. How did they manage to get several vans out of the country with all the checkpoints in this country?”

Israeli Prime Minister Benjamin Netanyahu revealed the throve of documents he said were stolen by Israel at the UN General Assembly in September 2018.

The former president further charged that “the corrupt gang” kept even the intelligence minister in the dark and fed him with disinformation and told him that ordinary thieves had used the adjacent building and that they were finally arrested by the police.”

Ahmadinejad said that as the intelligence agencies had to react to the assassination of nuclear scientists, they arrested a number of innocent people including Maziar Ebrahimi who later exposed the matter after he was freed and said that the detainees were forced to make confessions against themselves.

Referring to the high-ranking counter-espionage official who he claimed was an Israeli spy, Ahmadinejad said he was not probably alone and others had worked with him and supported him.

He also attributed the killing of nuclear scientist Fakhrizadeh to the activities of the same gang of intelligence operatives. “The Intelligence Minister, Mahmoud Alavi even said the Ministry knew about the time and place of the operation beforehand, but it was never known who neglected the intelligence information and cooperated [with Israeli agents]”

Ahmadinejad criticized the Iranian intelligence for not being accountable about these breaches and for not following up the cases. “The Intelligence agencies that should prevent these incidents, wait until they happen, and then they go in front of TV cameras and say they detected the plot. Then they put forward a few fabricated names and either pretend to have killed the culprits or say they have already left the country. And then they close the case,” said Ahmadinejad.