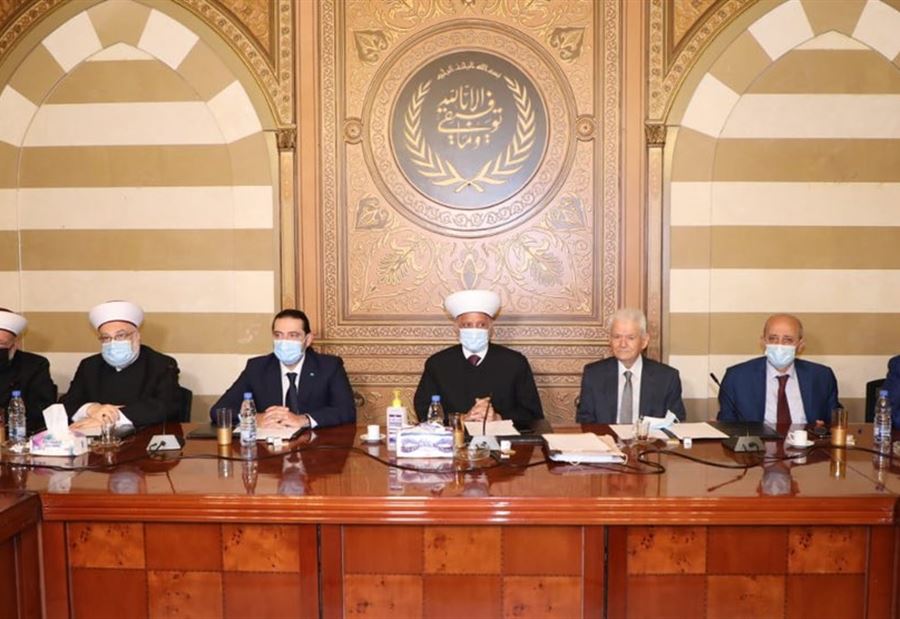 Prime Minister-designate Saad Hariri is shown during his meeting at Dar el Fatwa. Following the meeting The Supreme Islamic Sharia Council said in a statement after its meeting which was headed by the Mufti of the Republic, Abdel Latif Derian, and in the presence of Prime Minister-designate Saad Hariri, “we listened to Hariri, who briefed us on the obstacles facing the formation of the government, and there are those who push the crisis into the abyss.” He stressed that “there is indifference, , and confusion among those who control the necks of the Lebanese.”
Share:

But according to reliable sources Hariri is expected today to meet with the Grand Mufti of the Lebanese Republic, Sheikh Abdul Latif Derian, and the former Prime Ministers to discuss the latest developments in the government formation process.

Hariri will reportedly issue statement after the meetings, stressing the need to facilitate his mission and insist on implementing the constitution.