Scientists at Wuhan lab in COVID probe admitted being bitten by bats: reports 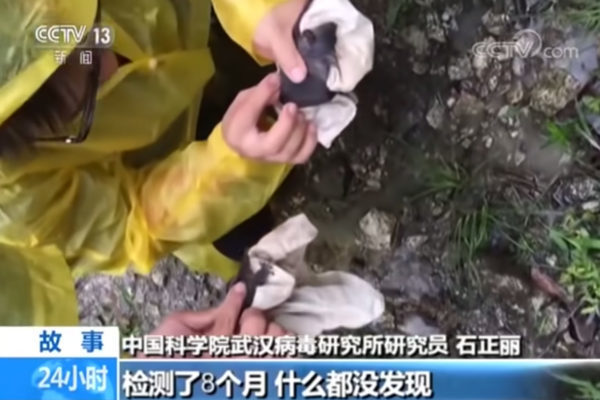 Scientists at the Chinese lab eyed as a possible source of the coronavirus pandemic were previously filmed getting bitten and spattered with blood while handling bats without protection, according to reports.

The state-run TV footage showed researchers at the Wuhan Institute of Virology (WIV) disregarding gloves, masks and other PPE while handling bats and collecting feces in the field, Taiwan News first noted.

In one section, virus expert Cui Jie related how a bat’s fangs once went right through his glove, describing it as feeling “like being jabbed with a needle,” the outlet noted.

The video — first broadcast in China on Dec. 29, 2017 — then cut to a person’s limb badly swollen from an apparent bat bite. Scientists also admitted getting spattered with blood during the research, according to the Sun.

As one scientist was shown handling samples with bare hands, the narrator noted how the risk of injury “still exists,” and that team members got a rabies vaccine before each field sampling, the Taiwan report said.

However, the lab’s now-notorious “bat woman” leader, Shi Zhengli, dismissed the fears in a since-deleted article, claiming that “this job is not as dangerous as everyone thinks,” Taiwan News noted.

“The odds of directly infecting humans is very small,” she reportedly wrote before her lab become the focus of worldwide attention because of the coronavirus pandemic that as of Thursday has killed more than 3.5 million people worldwide.

“In most cases, only ordinary protection will be utilized,” she admitted at the time of their risky research, the outlet said.

The video was aired by Chinese TV to showcase the lab’s work as well as celebrate its “bat woman” director, Taiwan News has said.

But it has resurfaced now that world leaders are increasingly concerned about possible ties to the pandemic — with President Biden this week ordering US spy agencies to carry out a 90-day investigation.

Former President Donald Trump and his administration long raised suspicions over the coincidence of the bat research lab being in the epicenter of the pandemic’s outbreak, with its research including similar viruses.

Biden finally focused on the lab after it emerged that a US intelligence report had raised concerns over three of the lab’s researchers getting sick from a mystery illness in November 2019, just before the first COVID-19 cases were officially noted.

The renewed focus even encouraged Facebook to reverse its ban on stories linking the lab to the outbreak.