French FM in Lebanon with tough message for its corrupt leaders 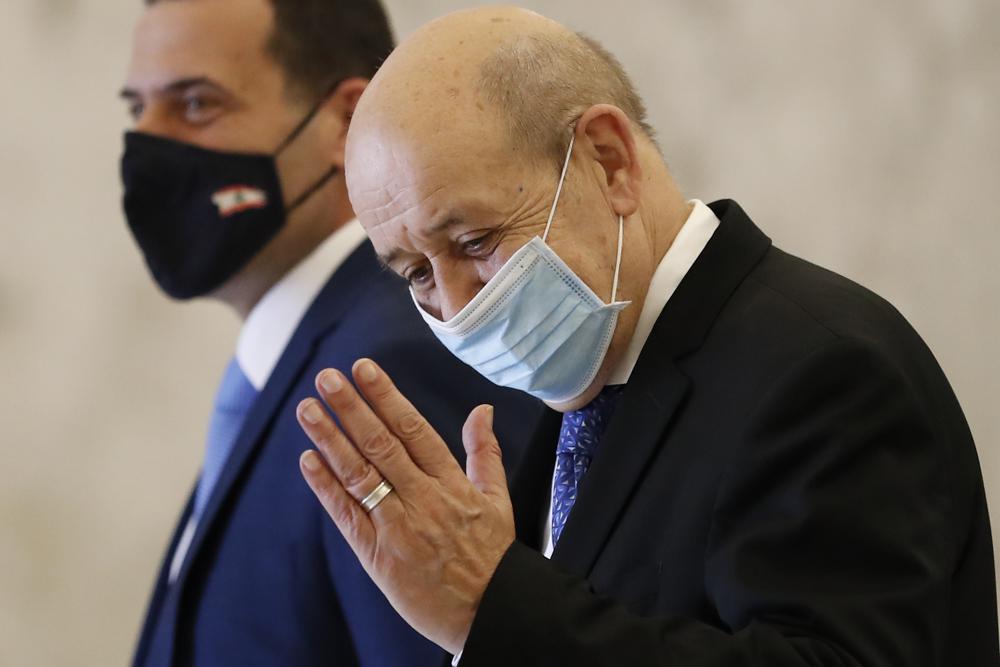 BEIRUT (AP) — France’s foreign minister on Thursday warned Lebanese officials that France would impose additional measures targeting those obstructing the formation of a new government in the crises-hit Mideast nation.

Tweeting ahead of his arrival in Beirut, Jean-Yves Le Drian said French travel restrictions on Lebanese officials suspected of corruption or hindering the formation of the Cabinet were “just the start.”

France has been trying to force change on Lebanon’s ruling class, whose corruption and mismanagement has driven the tiny country into the ground and pushed it to the verge of bankruptcy. Lebanon is experiencing the worst economic and financial crisis of its modern history. The national currency has lost 85% of its value against the dollar in recent months while banks have imposed informal controls on transfers and withdrawals.

The economic crisis was made worse by a massive explosion at Beirut’s port last summer, which destroyed the facility and surrounding neighborhoods. The government of Prime Minister Hassan Diab stepped down in the wake of the explosion, and former Premier Saad Hariri was tasked with forming a new one.

But Hariri has not been able to form a Cabinet amid deep disagreements between him and President Michel Aoun, who has no legal recourse to fire him. The deadlock is accelerating the country’s meltdown.

Le Drian met separately with Aoun on Thursday, as well as Parliament Speaker Nabih Berri. He did not speak to reporters following his meetings. It was not clear whether he intended to meet with Hariri before departing the following day.

“I will be in Lebanon tomorrow with a message of great firmness to political leaders and a message of our complete solidarity to the Lebanese,” Le Drian tweeted earlier. “”Firmness in the face of those hindering the formation of a government: we have taken national action, and this is just the start.”

Last week, Le Drian said France will start to put in place measures restricting access to French territory for Lebanese officials implicated in the political blockage or corruption. He did not name any of those targeted or say how many officials there are. The Foreign Ministry did not release details of what the restrictions entail.

The move stops short of sanctions for now, but Le Drian said more could come later.

Last year, French President Emmanuel Macron proposed a roadmap to break the political stalemate in the former French protectorate. Macron, who has previously said he is “ashamed” of Lebanese politicians, has been pressing for a Cabinet made up of non-partisan specialists who can work on urgent reforms to extract Lebanon from its multiple crises.

Those efforts have led nowhere as Lebanese top officials continue to bicker about the shape and size of a new Cabinet, and who chooses which ministers.