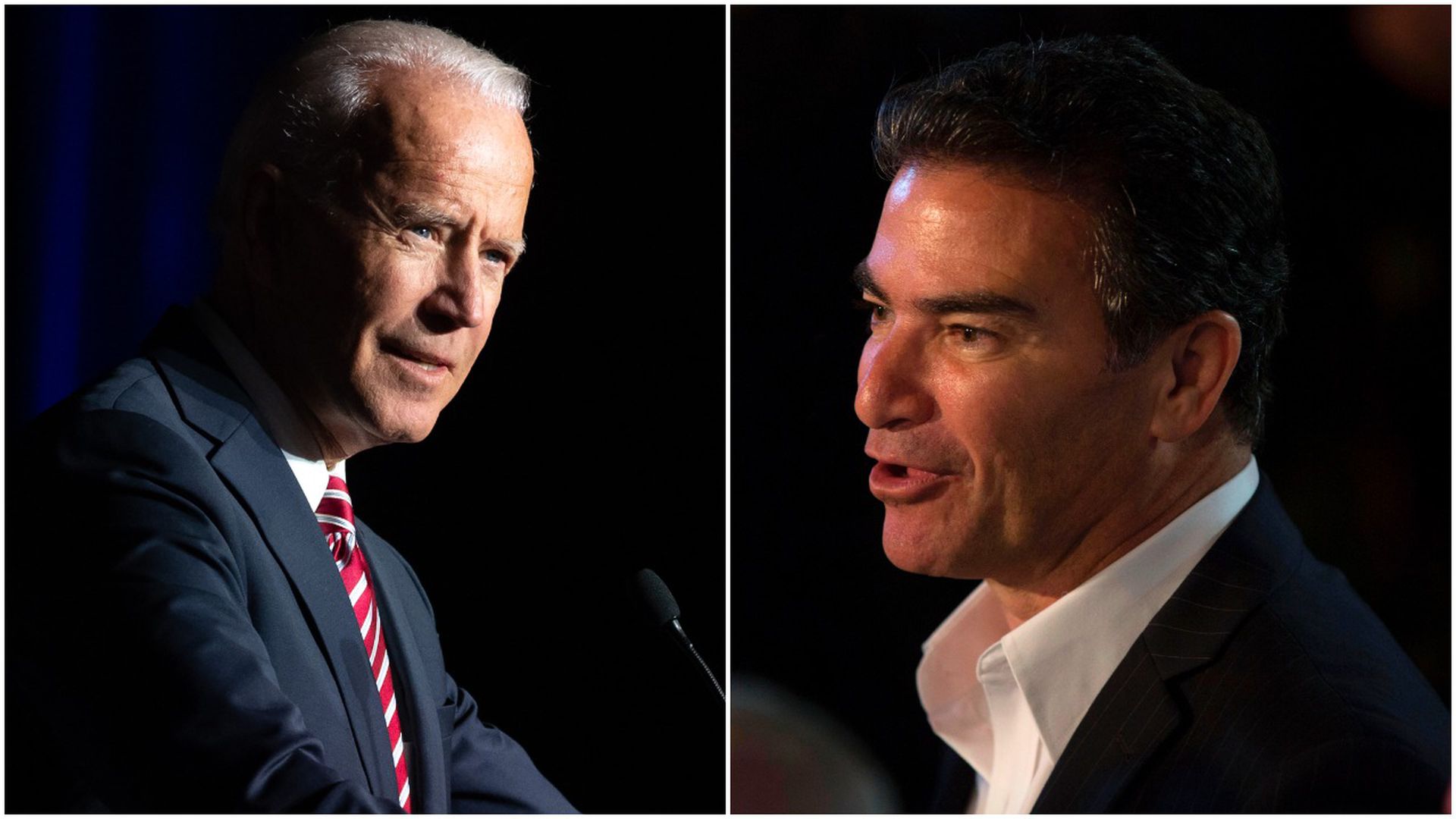 President Joe Biden (L) reportedly told the director of Israel’s foreign intelligence service, Yossi Cohen that the U.S. has a long way to go in talks with Iran before it agrees a return to full compliance of the 2015 nuclear deal.
Share:

President Joe Biden told the director of Israel’s foreign intelligence service, Yossi Cohen, on Friday that the U.S. has a long way to go in talks with Iran before it agrees a return to full compliance of the 2015 nuclear deal, per a senior Israeli official briefed on the talks.

Cohen, who has been director of the Mossad since 2016, laid out Israel’s position on the issue, telling Biden it would be a mistake for the U.S. to return to the deal without improving it first. Biden assured Cohen that the U.S. will continue to seek Israel’s input in the future.

A spokesperson for the U.S. National Security Council said Cohen’s meeting at the White House Friday was with adviser Jake Sullivan and other national security officials. The spokesperson said Biden “dropped by to express condolences for the tragedy at Mount Meron.”

The meeting took place on Friday before noon, right after the phone call between Biden and Israeli Prime Minister Benjamin Netanyahu, during which Biden offered condolences for the disaster.

Iran’s chief nuclear negotiator claimed on Saturday that Tehran expects U.S. sanctions on oil, banks and most individuals and institutions to be lifted based on agreements so far in Vienna talks, Iranian media reported,

But White House officials on Sunday denied Iranian state media reports that the US has reached an agreement with Iran to lift economic sanctions against the country, saying that there is still much to be negotiated over the coming weeks.