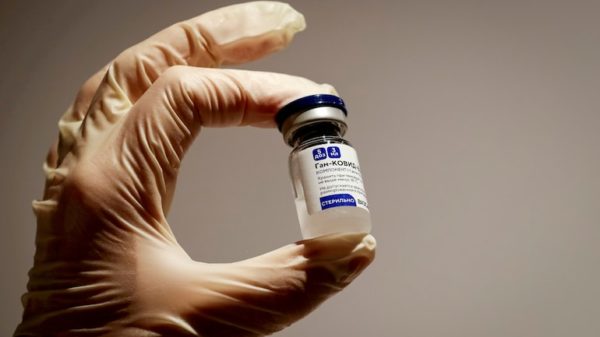 Washington — Scientists have backed the Brazilian drug regulator’s decision to stop the import of Russia’s Sputnik V coronavirus vaccine, on the basis that batches they tested carried a live version of a common cold-causing virus. Top virologist Angela Rasmussen told AFP the finding “raises questions about the integrity of the manufacturing processes” and could be a safety issue for people with weaker immune systems if the problem were found to be widespread.

Russia’s Gamaleya Institute, which developed the vaccine, has denied the reports.

The issue centers around an “adenovirus vector” — a virus that normally causes mild respiratory illness but in vaccines is genetically modified so that it cannot replicate, and edited to carry the DNA instructions for human cells to develop the spike protein of the coronavirus.

This trains the human immune system to be prepared in case it then encounters the real coronavirus. The Sputnik V vaccine uses two different adenovirus vectors to accomplish this task: adenovirus type 26 (Ad26) for the first shot, and adenovirus type 5 (Ad5) for the second shot.

According to a slideshow uploaded online, scientists at Anvisa, Brazil’s regulator, said they tested samples of the booster shot and found it was “replication competent” — meaning that once inside the body, the adenovirus can continue to multiply.

They added that this had likely occurred because of a manufacturing problem called “recombination,” in which the modified adenovirus had gained back the genes it needed to replicate while it was being grown inside engineered human cells in a lab.