Hariri secures Russia’s support for a cabinet of experts 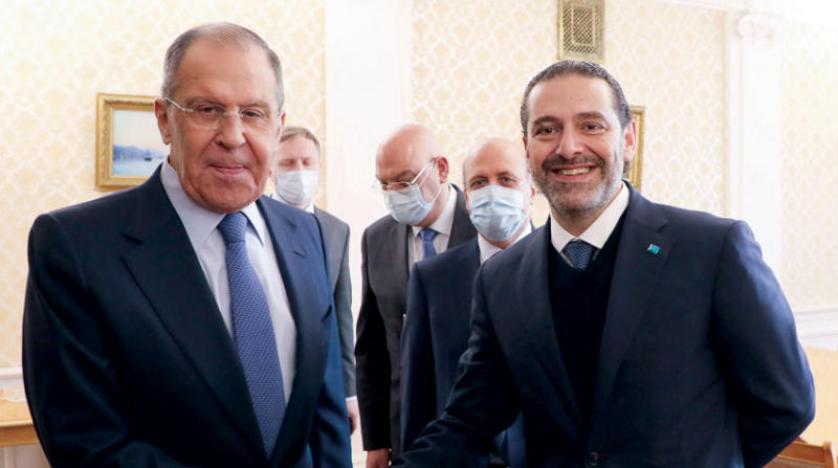 Hariri’s talks with Lavrov came a day after he held a 50-minute phone conversation with Russian President Vladimir Putin and met with Prime Minister Mikhail Mishustin.

The Russian Foreign Ministry said Lavrov and Hariri discussed the situation in Lebanon and the need to overcome the socio-economic crisis by forming an effective and technocratic government, which enjoys the support of the main political parties and sectarian factions.

The discussion touched on the regional situation, including the return of Syrian refugees from Lebanon.

Lavrov and Hariri also discussed prospects for improving cooperation, including providing additional assistance to Lebanon in the fight against the coronavirus pandemic.

A statement issued by Hariri’s press office said Lavrov affirmed Russia’s support for his efforts to swiftly form a government to address the crisis and gain Arab and international support.

Talks also focused on the obstacles facing the formation of the government, and the economic crisis.

They also discussed the issue of displaced Syrians and the possibility of Russia providing Lebanon with vaccines to combat the Covid-19 disease.

The meeting with Lavrov was held in the presence of Russian Special Presidential Representative for the Middle East and Africa, Deputy Minister of Foreign Affairs, Mikhail Bogdanov, Hariri’s Special Envoy to Russia, George Shaaban, Advisor Bassem el-Shab, and other figures.