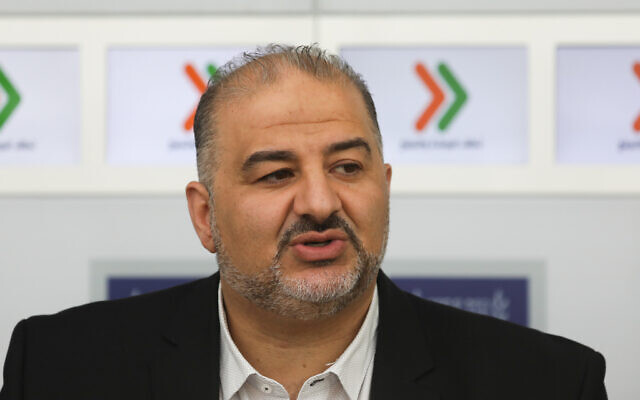 The head of a conservative Islamic party who has emerged as a kingmaker following Israel’s latest inconclusive election called for change Thursday, without endorsing Prime Minister Benjamin Netanyahu or his rivals.

The vote, Israel’s fourth in two years, delivered the veteran premier’s Likud 30 seats in the 120-seat parliament, making it the biggest party — but a majority of 61 is required to form a government.

“This is the time to create a different reality for all citizens in the country,” Abbas, an Arab Israeli, said in Hebrew in Nazareth in northern Israel.

After last week’s vote, Abbas said he was open to negotiating with the pro-Netanyahu camp and with the ideologically divided group of parties seeking to oust the veteran prime minister.

On Thursday, Abbas quoted the Koran and said he was “a proud Arab and Muslim”, unprecedented remarks for a leader tasked with the role of tiebreaker in Israeli coalition politics.

Raam ran as part of an alliance of Arab parties in previous elections, but ahead of the latest vote Abbas broke away over differences with the other factions.

No Arab party has ever served in a governing coalition, and the last time an Arab faction supported a coalition was in the 1990s.

Abbas on Thursday listed crime, racism and poverty as challenges facing Arab Israelis who make up 20 percent of the country’s population of 9.3 million.

“I don’t want to be a part of a bloc on the right or left,” he said

“I am here for a different bloc, the bloc that elected me to serve my people and gave me a mandate to change the demands of the Arab public — which for years were only demands — to a real work plan.”

Political analyst Afif Abu Much said Abbas appeared to be aiming for a paradigm shift in Israel.

“This speech is directed to the Jewish people to tell them, ‘we want to be part of the game,'” Abu Much told AFP.

He said Abbas had a rare moment of influence because ultra-Orthodox parties, who usually serve as power brokers, aligned themselves early with ruling Likud.

Even with support from Abbas, Netanyahu will struggle to form a coalition.

Betzalel Smotrich, whose hard right Religious Zionism alliance is a key part of Netanyahu’s camp, wrote last week on Facebook that “a right-wing government based on Mansur Abbas’s Raam will not happen. Not from inside, not from outside”.

On Wednesday, Netanyahu urged his former right-wing allies Naftali Bennett and Gideon Saar to “come back home” after the two ran their own lists in the last election. Saar has ruled out joining a Netanyahu government, while Bennett has not yet declared his loyalty.

Israeli president Reuven Rivlin said he would convene party leaders next week for talks before choosing the candidate with the best chances of forming a coalition on Wednesday.

As Rivlin begins his meetings on Monday, Netanyahu, Israel’s longest serving premier, is due in court for his ongoing trial over bribery, fraud and breach of trust. He denies wrongdoing.