Meghan Markle recalls darkest moments as a Royal: “I didn’t want to be alive anymore”, Interview 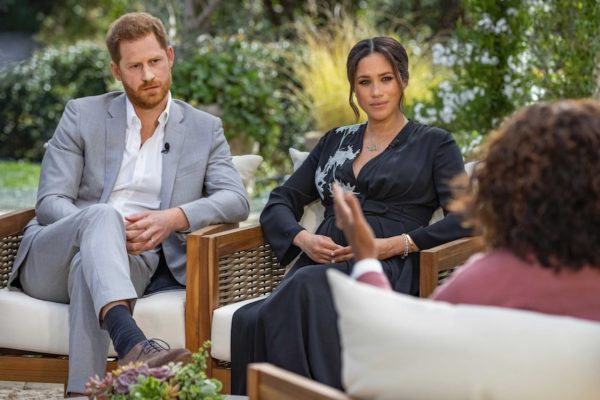 Meghan Markle is getting candid about her previous suicidal ideation.

During Oprah Winfrey‘s interview with Meghan and Prince Harry on Sunday, March 7, the Duchess of Sussex revealed that while she was a member of the royal family, she had expressed to a senior aide she was having “suicidal thoughts,” and the person declined to assist her in seeking help.

“I was ashamed to say it at the time and ashamed to have to admit it to Harry, especially because I know how much loss he’s suffered,” Meghan said. “But I knew that if I didn’t say it, then I would do it. I just didn’t want to be alive anymore. That was clear and real and frightening and constant thought.”

Meghan added that this message came from “one of the most senior people.” She shared, “I remember this conversation like it was yesterday, because they said, ‘My heart goes out to you, because I see how bad it is, but there’s nothing we can do to protect you, because you’re not a paid employee of the institution.'”

When Oprah asked to clarify that Meghan was “having suicidal thoughts” and thinking of harming herself, Meghan answered, “Yes. This was very, very clear. And, you know, I didn’t know who to even turn to in that. And one of the people that I reached out to, who’s continued to be a friend and confidant, was one of my husband’s mom’s best friends, one of Diana‘s best friends. Because it’s, like, who else could understand what it’s actually like on the inside?”

Meghan said she was sharing this to help others who might be struggling, and said what she wants “people to remember is you have no idea what’s going on for someone behind closed doors. You have no idea.”