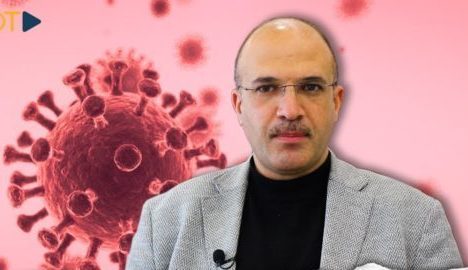 BEIRUT (Reuters) – Lebanon’s health minister said he had allowed lawmakers to receive COVID-19 shots to thank them for passing an emergency law and dismissed anger over politicians jumping the queue as an overreaction.

While medical workers and elderly still await their turn, some legislators received vaccines in parliament on Tuesday, prompting the World Bank to threaten to halt its multi-million dollar financing of the inoculation drive.

Breaking his silence more than a day later, caretaker health minister Hamad Hassan told state TV late on Wednesday the move was his “sovereign decision” to thank MPs for passing the law that helped ink a deal for the Pfizer-BioNtech shots.

Hassan’s comments and pushback by other politicians added to anger in Lebanon, where decades of state waste and corruption have triggered a financial meltdown.

“Mr. Hamad, what you call a sovereign decision is in reality an abuse of power,” lawyer Nizar Saghieh tweeted.

Deputy speaker Elie Ferzli, who at 71 is not in the first priority group but said he had received the vaccine, stormed out of two TV shows on Wednesday night after shouting about the World Bank’s regional director Saroj Kumar Jha.

“You’re a liar and a hypocrite, and you shouldn’t stay in Lebanon,” Ferzli shouted on live TV. Screenshots went viral among Lebanese on social media with captions such as “What I look like when I stub my toe” or “Vaccine side effect.”

Footage of Ferzli losing his cool went viral on Wednesday across social media, as memes showcasing the MP shouting dominated Instagram and Twitter.

At an earlier news conference, Ferzli had called Jha, an Indian national, “Mr. Farouj” which sounds similar to his first name and is the Arabic word for rotisserie chicken. The World Bank did not immediately respond to a request for comment.

The World Bank is monitoring the rollout to ensure the first shots go to healthcare workers and the elderly and had warned against favouritism. On Tuesday, Jha said a breach could lead the bank to suspend vaccine funding.