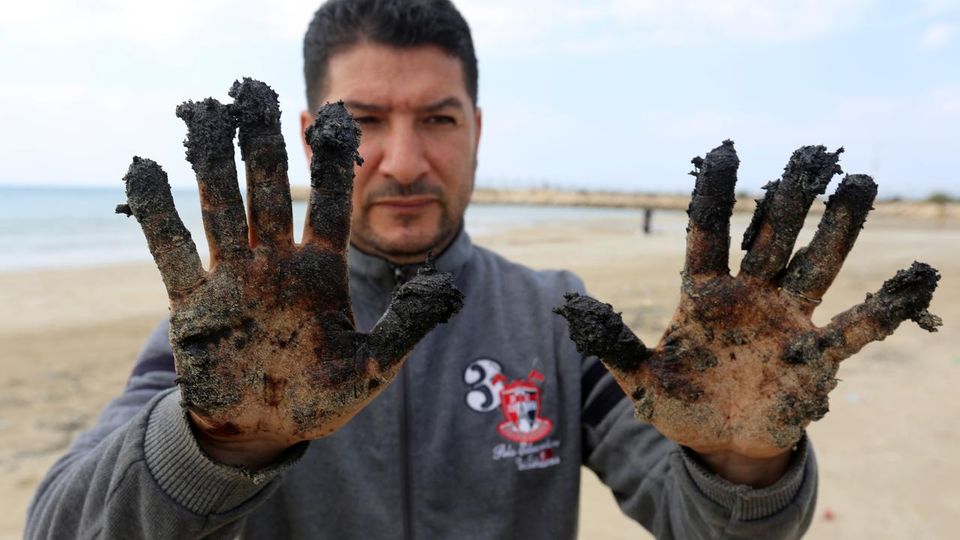 A man shows tar on his hands in the aftermath of an oil spill that drenched much of the Mediterranean shoreline
Share:

BEIRUT – Lebanon’s caretaker prime minister Hassan Diab said on Monday he was following up on an oil spill that may have originated from a ship passing near the Israeli coast and has now reached the southern shores of Lebanon.

Israeli officials said on Sunday they were trying to find the ship responsible for the spill that drenched much of its Mediterranean shoreline with tar, an environmental blow that will take months or years to clean up.

Lebanon’s Diab has tasked the defence minister, environment minister and the National Council for Scientific Research with the follow-up, a statement from his office said.

The sticky black deposits that showed up on Israeli beaches were visible on Monday on beaches in a nature reserve in Tyre, south Lebanon.

The United Nations interim forces in Lebanon will be informed to draw up an official report, the statement said.

Israel is looking as a possible source at a Feb. 11 oil spill from a ship passing about 50 km (30 miles) offshore.