Hariri in Qatar to meet its top leaders 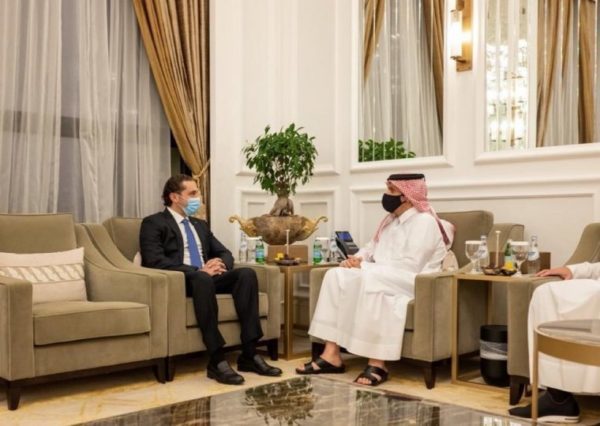 “He immediately met with Deputy Prime Minister and Foreign Minister Mohammed bin Abdulrahman bin Jassem Al-Thani and held talks with him over a dinner banquet thrown in his honor,” the statement added .

The talks tackled “the various general situations in Lebanon and the region and the bilateral relations between the two countries,” the statement added

Qatar has recently been I seeking to play an active role in Lebanon by helping the cash-strapped country with money and investments, in a move that seems to be green-lighted by most regional and local actors, especially Hezbollah, which sees itself benefiting from any Qatari role that has the green light from Iran.

The Qatari Foreign minister visited Lebanon on Feb 9 . During his visit he called on all Lebanese parties to prioritize the national interest and to expedite the formation of the government, stressing that Doha will support any way that leads to that.

The Qatari foreign minister also sought to reassure the French that Qatar’s role would not come at the expense of their initiative.

During his visit , Hariri was out of the country. He therefore met with president Michel Aoun, Speaker Nabih Berri and caretaker PM Hassan Diab

According to analysts Qatar’s intervention is encouraged by Turkey, which will seek to benefit from Qatari investments to consolidate its presence in Lebanon’s Sunni regions at the expense of Saudi Arabia’s traditional role there.

The Qatari foreign minister’s visit coincided with Saudi Ambassador to Lebanon Walid Bukhari’s return to Beirut after a more than three month absence.

It remains to be seen what role can Doha carve for itself in Lebanon was in May 2008 following the occupation by Hezbollah of the western part of Beirut and its failed attempt to occupy Mt Lebanon attempt . The meeting resulted in the signing of The Doha Accord   by rival Lebanese factions on 21 May 2008 . The agreement an 18. marked the end of 18 month old impasse over the election of a new president . Following the accord an election was held at the parliament and Michel Suleiman was elected as president . But the agreement was a turning point in Lebanon because it allowed Hezbollah to have a veto power in the new cabinet . Was awarded with its allies 11 cabinet posts in a 30 member cabinet .