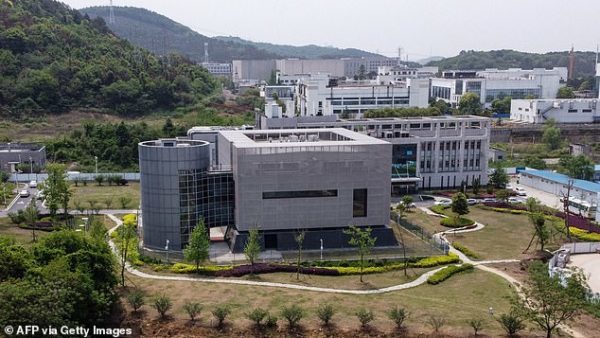 File photo : Coronavirus escaped from a laboratory in China, said Top US official last February . China refused to provide raw data on on 174 cases that China had identified from the early phase of the outbreak in the city of Wuhan in December 2019, as well as other cases , an Australian infectious diseases expert and member of the WHO team, told Reuters.
Share:

WASHINGTON (Reuters) – The White House on Saturday called on China to make available data from the earliest days of the COVID-19 outbreak, saying it has “deep concerns” about the way the findings of the World Health Organization’s COVID-19 report were communicated.

White House national security adviser Jake Sullivan said in a statement that it is imperative that the report be independent and free from “alteration by the Chinese government”, echoing concerns raised by the administration of former President Donald Trump, who also moved to quit the WHO over the issue.

A spokesperson for the Chinese Embassy fired back with a strongly-worded statement, saying the United States had damaged multilateral cooperation and the WHO in recent years, and should not be “pointing fingers” at China and other countries that supported the WHO during the COVID-19 pandemic.

China welcomed the U.S. decision to reengage with the WHO, but Washington should hold itself to the “highest standards” instead of taking aim at other countries, the spokesperson said.

WHO Director-General Tedros Adhanom Ghebreyesus on Friday said all hypotheses were still open about the origins of COVID-19, after Washington said it wanted to review data from a WHO-led mission to China, where the virus first emerged.

A WHO-led mission, which spent four weeks in China probing the origins of the COVID-19 outbreak, said this week that it was not looking further into the question of whether the virus escaped from a lab, which it considered highly unlikely.

The Trump administration had said it suspected the virus may have escaped from a Chinese lab, which Beijing strongly denies.

Sullivan noted that U.S. President Joe Biden had quickly reversed the decision to disengage from the WHO, but said it was imperative to protect the organization’s credibility.

“Re-engaging the WHO also means holding it to the highest standards,” Sullivan said. “We have deep concerns about the way in which the early findings of the COVID-19 investigation were communicated and questions about the process used to reach them.”

Biden, who is spending his first weekend at the Camp David presidential retreat in Maryland, was due to meet with his national security advisers on Saturday, a White House official said.

China refused to give raw data on early COVID-19 cases to the WHO-led team probing the origins of the pandemic, according to one of the team’s investigators, potentially complicating efforts to understand how the outbreak began.

The team had requested raw patient data on 174 cases that China had identified from the early phase of the outbreak in the city of Wuhan in December 2019, as well as other cases, but were only provided with a summary, Dominic Dwyer, an Australian infectious diseases expert and member of the WHO team, told Reuters.

“It is imperative that this report be independent, with expert findings free from intervention or alteration by the Chinese government,” Sullivan said.

“To better understand this pandemic and prepare for the next one, China must make available its data from the earliest days of the outbreak,” he said.

The embassy statement did not address the data issue.

The WHO did not respond to queries for comment.

Going forward, all countries, including China, should participate in a transparent and robust process for preventing and responding to health emergencies, Sullivan said.