Venezuelans in Lebanon wonder which country is worse 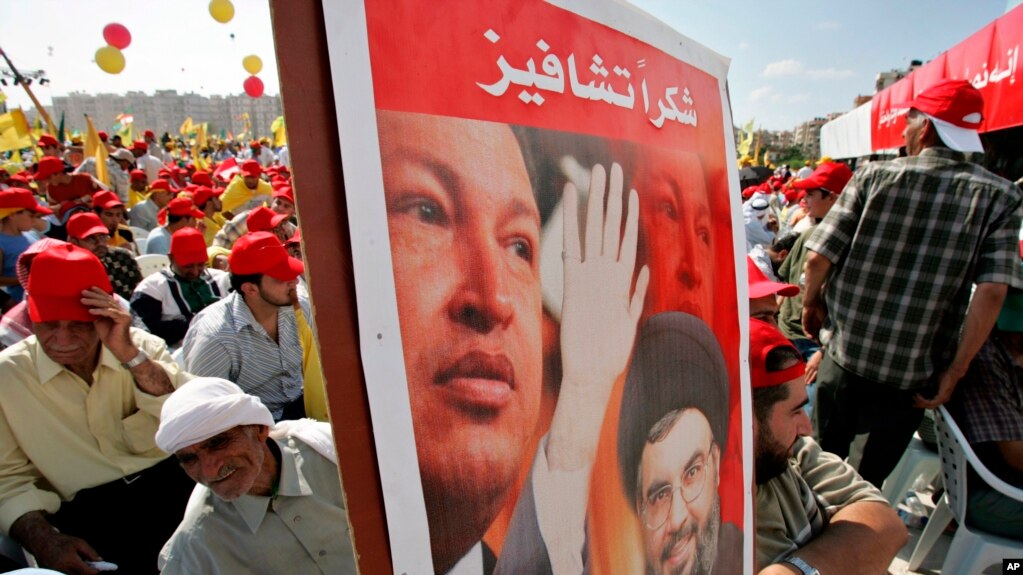 Latest update on Lebanon: Hezbollah critic Lokman Slim was assassinated in southern Lebanon . Had four bullets in the head and one in the back. The country is falling apart, Lebanon’s hospitals overwhelmed by Covid surge . Lebanon’s national airline will no longer accept Lebanese money , set to accept ‘fresh dollars’ only .

Maria Issa misses Venezuela so much that the mother of two is even nostalgic about the time that her family was robbed at knifepoint there. The masked men “didn’t treat us bad, they just told us ‘we’re hungry’”, she recalls from her new home in northern Lebanon.

One burglar even “brought me water”, adds the Lebanese-Venezuelan who, in the space of a few years, escaped one national disaster only to end up in another that is perhaps even worse.

When Ms Issa left Venezuela in 2018, the South American nation was engulfed in a combined multiple economic, political and humanitarian crisis.

The 35-year-old hoped for better opportunity in her parents’ home country, and had no inkling that Lebanon’s economy was also about to implode. Two and a half years later, though, Ms Issa and her family are among those self-repatriated Lebanese who wonder if they made the right choice.

“Lebanon is now worse than Venezuela,” she reckons. “I want to go back home.” There is a long history of migration from Lebanon to Latin America. It forms part of a huge diaspora forged since the 19th century by entrepreneurial Lebanese seeking their fortunes abroad.

Carlos Slim, the Mexican telecoms mogul, is of Lebanese descent, as is Shakira, the Colombian pop star, and Michel Temer, Brazil’s former president.

Lebanon’s population is round 7m, with around 1.5m of them Syrian and Palestinian refugees. Following the outbreak of civil war in 1975, even more Lebanese emigrated. Among the wilder estimates, as many as 13m came to live abroad, among them Ms Issa’s parents, who moved in 1985 to then oil-rich Venezuela to join her grandparents.

Ms Issa was born soon after, before Hugo Chávez came to power, and eventually married a Venezuelan. They had two daughters, now aged three and six, and lived “a normal life” in a comfortable four-room house they owned. Mango and avocado trees grew outside.

But then Venezuela’s multiple crises deepened in the 2010s, prompting some 5m people to flee. Many Lebanese Venezuelans, like Ms Issa, began a reverse migration. It is a common story among the expats who have long been the lifeblood of Lebanon’s economy. They would typically send hard currency to Lebanese banks, buy houses and invest in businesses, often with the intention of coming home one day.

But in 2016, the flow of overseas money started to ebb. Three years later, Lebanon’s economy blew up. “There are people that brought all their money from Venezuela to Lebanon,” said Sarah Waizani, a Lebanese Venezuelan events manager and graphic designer who returned 14 years ago. Those people included her parents: “They lost half of their money . . . they put it in the bank account here. And now what happened? They’re losing again.” For Lebanese Venezuelans seeking to escape Venezuela’s disaster, Lebanon’s freefall is sickeningly familiar.

Both economies have been savaged by civil strife and hyperinflation. Almost half of Lebanon’s population is estimated to live in poverty now, and over 70 per cent of Venezuela’s. “It’s like OK whatever,” grimaces Ms Waizani, who used to fundraise for impoverished families in Venezuela but now finds her position reversed.

In another blow of double bad luck, the pandemic conspired with the economic crisis to kill off Ms Issa’s small Lebanese-Venezuelan eatery. Business loans and unpaid rent have left her $5,000 in debt. “We’re broke, completely,” she says. It’s a tough call which country is in a worse state.

Many of the 12,000 Lebanese Venezuelans thought to be registered in Lebanon have already left, or want to. They know Venezuela has among the world’s highest homicide rates. But friends who have returned say there are ways to make a living.

“You have to decide between security and economy,” says Ms Waizani. “We are really suffering,” adds Ms Issa, who wants to leave — when she can afford the plane tickets.

Are there any lessons here about how to survive ruin and heartbreak in two once-rich countries? Perhaps the importance of humility and humour. Ms Issa now makes cakes without eggs or butter, a technique brought over from scarcity-ridden Venezuela. “I’ve learned a lot of things,” she laughs  ‘