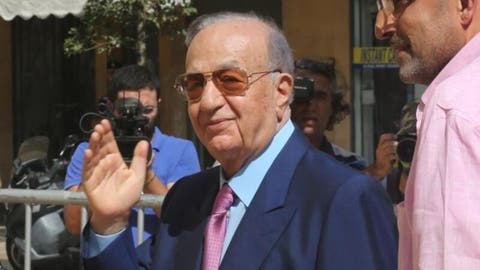 BEIRUT: MP Michel Murr,  the oldest member of the Lebanese  Parliament,  died Sunday from complications of COVID-19. He was 88 years old.

Murr had been in hospital since December after getting infected with coronavirus.

The   Metn district MP  for more than two decades, served in several governments, taking several posts including interior minister and deputy prime minister. He was last elected to Parliament in 2018.

Murr lived in West Africa during much of the 1960s and made a sizable fortune there in the construction industry. He returned to Lebanon and then was elected to parliament in 1968 by aligning himself with Pierre Gemayel who dominated politics in the predominantly Maronite Christian Metn district. Murr lost his reelection bid in 1972, a defeat which he is said to have blamed on Gemayel.

His son, Elias Murr, announced his death in on Instagram in which he said he lost a father and a friend and a supporter . Michel Murr is the grandfather of Lebanese politician Nayla Tueni , daughter of the late  Gebran Tueni who was assassinated in 2005.

Murr’s death brings the number of MPs down to 119 in the 128-member chamber. Eight lawmakers resigned last year to protest the government’s inability to tackle a deep economic, financial and social crisis.

The authorities did not hold by-elections to replace them as stipulated by the constitution, citing the pandemic as an excuse.