Biden orders a review of US arms deals with UAE, Saudi Arabia 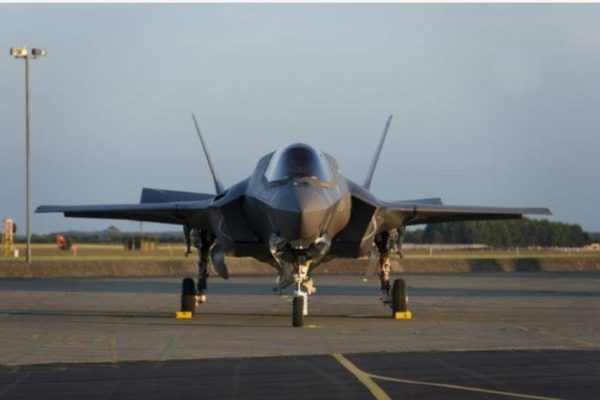 The Biden administration announced a pause on international armaments sales, including a deal with the united Arab Emirates for 50 F-35 fighter planes, pictured. Photo courtesy of BAE Systems
Share:

The White House ordered a pause on arms sales this week, including major sales to Saudi Arabia and the United Arab Emirates.

Antony Blinken, the new Secretary of State for the administration of President Joe Biden, called for a review of recent arms sales of some of the most advanced aircraft and munitions made in the United States.

At issue are sales of 50 F-35 fighter planes and 18 Reaper drones to the UAE, and precision-guided munitions to Saudi Arabia.

The agreements came late in the administration of former President Donald Trump, and although Congress questioned whether the sales could conflict with Israel’s legally guaranteed “qualitative military edge” of equipment, legislators took no action.

“When it comes to armed sales, it is typical at the start of an administration to review any pending sales to make sure that what is being considered is something that advances our strategic objectives and advances our foreign policy, so that’s what we’re doing at this moment,” Blinken said at a press briefing on Wednesday.

While the Trump administration found a strategic partner in Riyadh and did not pursue penalties for Saudi Arabia’s role in the 2018 killing of journalist Jamal Khashoggi, the administration of President Joe Biden views the kingdom more skeptically.

In a 2020 presidential debate, Biden promised to regard Saudi Arabia as “the pariah that they are.”

In his confirmation hearing last week, Blinken said that Biden “has made clear that we will end our support for the military campaign led by Saudi Arabia in Yemen, and I think we will work on that in very short order,” although the United States will continue to help defend the Saudis against attacks by rebel Houthis in Yemen.

Trump also declared a national emergency over U.S. tensions with Iran in 2019 to override congressional approval procedures in an $8 billion arms sale to Jordan, Saudi Arabia and the UAE.

Less prone to disturbance is the relationship between the U.S. and the UAE.

The August signing of the Abraham Accords, beginning a normalization of relations between Israel and the UAE, indicates that the U.S.-Emerati rapport will continue.

Defense contractor Raytheon warned in a quarterly earnings call to stockholders that a potential $519 million sale to an unnamed Middle Eastern country has already been removed from the company’s accounting books, in anticipation of stalling the deal, Politico reported on Thursday.

Yousef Al Otaiba, the UAE ambassador to Washington, commented on Wednesday that his country would be better prepared to “take on more of the regional burden for collective security, freeing the United States for other global challenges” if it obtained the ordered F-35s.