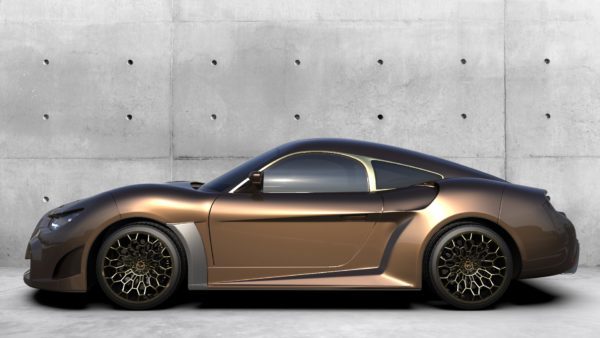 Rise will be the first electric car to be launched by EV Electra company on Feb. 21 , a name inspired by last year’s devastating explosions of Beirut’s port that killed at least 200 and wounded about 6,000 others, as EV Electra hopes the Lebanese capital would rise from its aches.
Share:

BEIRUT- Lebanon’s car company EV Electra Ltd will launch the country’s first locally manufactured electric vehicle on Feb. 21, a move that will open a wider market to environmentally friendly driving options, a manager of the company said in an interview with Xinhua.

“It is not a matter of choice to have or not to have electric vehicles in Lebanon. This will be the only available option starting 2030 when all manufacturers will shift their production to electric cars which are healthier for the environment and less costly than regular ones,” said Lamice Saade, Drivetrain Development Manager at EV Electra Ltd.

Founded by Jihad Mohammad, EV Electra is the first company in the Arab region to manufacture electric vehicles. It started working on cars production in 2017 and launched its first car Quds Capital in 2020, followed by Quds EE.

The first electric car to be launched on Feb. 21 is called Rise, a name inspired by last year’s devastating explosions of Beirut’s port that killed at least 200 and wounded about 6,000 others, as EV Electra hopes the Lebanese capital would rise from its aches.

Saade explained that Electra EV buys its battery cells from its sister companies in Europe but its Research & Development center in Beirut designs battery packs and engines.

Electra EV plans to start very soon manufacturing all its needs in the local market, she noted.

When asked about the launch timing for electric cars amid the economic collapse in Lebanon, Saade pointed out that the government may remove subsidies on fuel very soon, which would create a good opportunity for people to shift to electric vehicles.

In addition, Saade said her company is studying the infrastructure and locations to place electric chargers for the electric cars in Lebanon.

“We are working with malls, universities, public places, and municipalities to try and cover a big area with our chargers to facilitate people’s use of our cars,” she said.

With an expected selling price of 30,000 U.S. dollars per car, Rise will be the most affordable electric vehicle produced by EV Electra, Saade said, promising plans to introduce more affordable solutions for customers.