Iran may have delivered ‘suicide drones’ to Yemen’s Houthis: Report 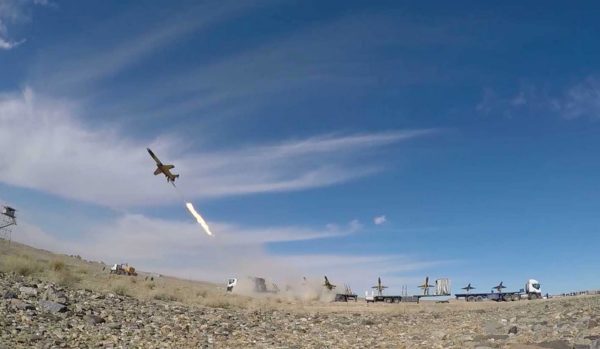 LONDON: Iran appears to have sent deadly drones to its Houthi allies in Yemen, according to Newsweek, in a move likely to further inflame already high tensions in the region.

Imagery seen by Newsweek and confirmed by an expert on Tehran’s activities in the region indicated the presence of Iranian Shahed-136 loitering munitions, also called “suicide drones,” deployed to the Houthi-controlled northern Yemeni province of Jouf.

“The Iranians have delivered to their Houthi proxies in Yemen advanced UAVs (unmanned aerial vehicles),” the expert told Newsweek.

“They are forward deploying or prepositioning these drones in order to stage an attack against a variety of targets they have within range. What they’re trying to achieve is plausible deniability, as in being able to strike either a US, Saudi, Gulf or Israeli target and then having the strike traced back to Yemen, and hoping for deniably against any kind of retribution.”

Following this incident, US Secretary of State Mike Pompeo declared that his country would designate the Houthis a terrorist organization, in a move welcomed by regional governments.

On Wednesday, Iran initiated widespread military exercises in the Gulf of Oman, and broadcast imagery on state media of its forces firing multiple cruise missiles.

Furthermore, the UN announced on Thursday that Iran had informed it that the country has begun installing equipment for the production of uranium metal, which would be another violation of the nuclear deal with world powers.