Iran bans COVID vaccines from UK and US 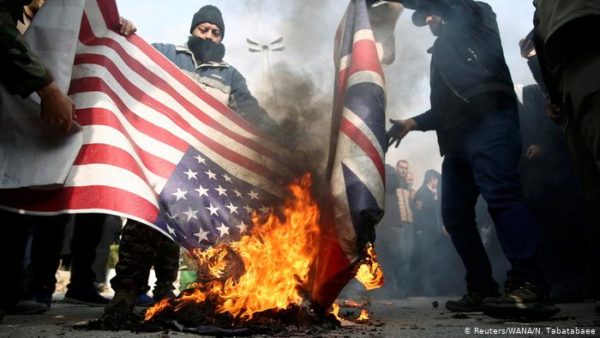 Despite a high coronavirus death toll, Iran’s hardline Supreme Leader Ayatollah Khamanei has called for a ban on BioNTech-Pfizer and Oxford-AstraZeneca vaccines.

Iran’s Supreme Leader, Ayatollah Ali Khamenei, said in a live television broadcast on Friday that he has told the government to reject British and American-made vaccines.

“Imports of US and British vaccines into the country are banned. I have told this to officials and I’m saying it publicly now,” Khamenei said.

The statement followed a recent rise in tensions between Iran and the US, exemplified by Iran’s seizure of a South Korean oil tanker earlier in the week.

Where will Iran get its vaccines?

The announcement effectively prohibits the three major vaccines that have so far been given the green light around the world.

The German BioNTech vaccine is co-produced by the American firm Pfizer, the Moderna vaccine is a US achievement and the Oxford University-AstraZeneca vaccine — cheaper than the other two options — is from the UK.

Khamenei though praised on-going efforts to produce a vaccine inside Iran.

The country was also reportedly working with the Chinese company Fosun Pharma to produce and distribute vaccines.

Iran has been particularly hard-hit by the coronavirus pandemic with almost 56,000 deaths since the virus reached the country.

No rush to negotiate with the US

Khamenei also expressed a lack of interest in the US returning to the nuclear deal which was abandoned by Trump, although he insisted that sanctions be lifted.

“We are in no rush and we are not insisting on [the US’s] return. Our demand… is the lifting of sanctions,” Khamenei said.

Both issues — vaccine acquirement and a return to negotiations with the incoming US President-elect Joe Biden — have shown a split between the hardliner Khamenei and the government led by the more moderate Hassan Rouhani.

President Rouhani has previously expressed openness to working with the new US president.