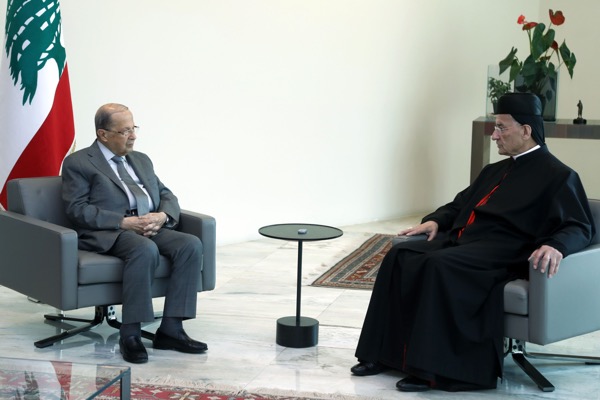 Following his talks with Aoun at the Baabda palace he said that he did not detect that Aoun was seeking veto powers in the new cabinet, stressing that it is crucial for an agreement on the cabinet formation to be reached between l Aoun and Hariri

“According to the constitution, the basic principle is that the PM-designate sets a government format and comes to the president for consultation. During my conversation with the president, I did not sense his intention of seeking an obstructing third,” said Rai from Baabda Palace

“The Lebanese people are tired and can not tolerate anymore waiting. This is one of the reasons compelling us to form a government capable of shouldering responsibility,” he added.

“Whatever the circumstances are, a solution must be found and an understanding between the President and PM-designate must be reached. A government must be formed to begin reforms, on top of which is the reconstruction of Beirut,”said Rai.

On the kind of government that should be formed, the Patriarch said all parties must respect the fact that public demand wants a rescue government of non-politicians.

According to prominent analysts Sami Haddad either Aoun and Hariri cannot communicate or someone is lying . Haddad told Ya Libnan , “the way Rai described the kind of government that should be formed, is exactly the type of government Hariri has been seeking but Aoun has been obstructing with the help of his son-in-law Gebran Bassil.”

Haddad added look what happened after Rai headed back to Bkirki . Gebran Bassil rushed there and told the media after meeting with Rai:

” When there becomes an intention to adopt unified standards, the government will be formed fast and we’ve only asked to be treated equally.”

“Now you know who is calling the shots at Baabda , it is not Aoun , it is Bassil”, Haddad added

Haddad said “Hariri has had the lineup for an 18 cabinet ministers ready ever since he was designated , so the best way is for Aoun, Bassil , Hezbollah’s Nasrallah and Hariri to head to Bkirki and form the cabinet over there . Perhaps only then we will know who is lying “