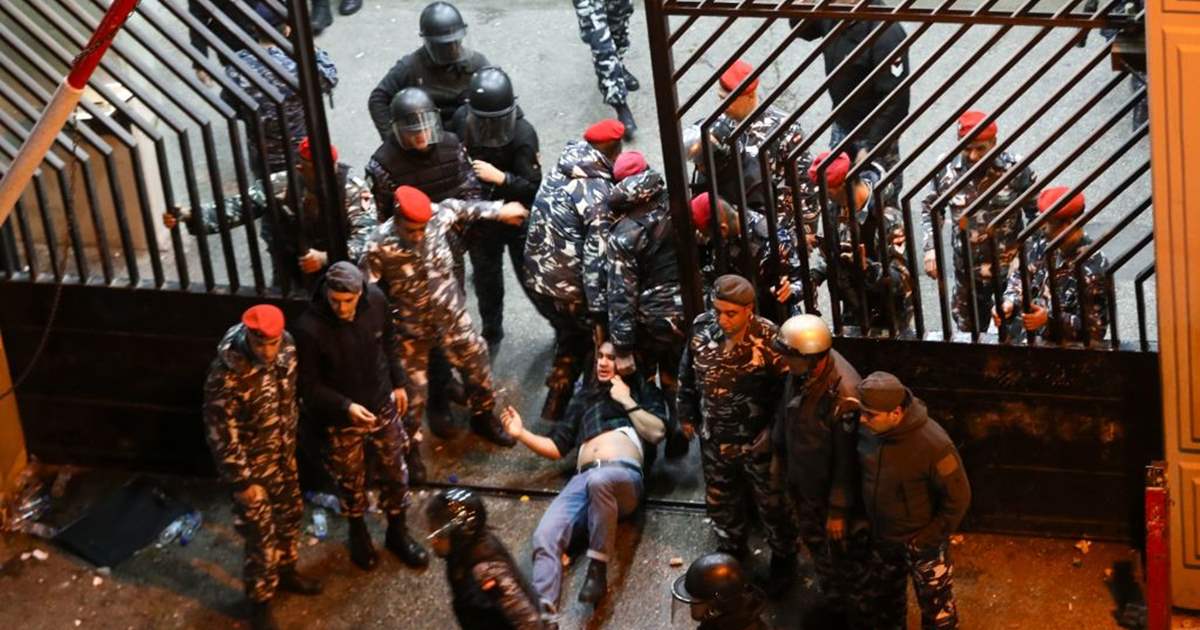 With the review of Lebanon’s human rights record by the UN Human Rights Council approaching in January, authorities must immediately fulfil their obligations to provide an effective remedy to survivors of torture by conducting prompt, thorough, independent  investigations and bringing those responsible to justice in fair trials, Amnesty International said today. During its last review in 2015, the Lebanese government committed to investigate and prosecute all allegations of torture and other ill-treatment.

Yet, five years later, impunity for torture remains in place with complaints regarding torture and other ill-treatment filed under the 2017 Anti-Torture Law rarely reaching court and most closed without an effective investigation. Amnesty International reviewed 32 torture complaints, finding that obstacles to accountability included that they were frequently referred for investigation to the same agencies accused of torture or to the military justice system.

“Lebanon is failing survivors of torture. The judiciary’s consistent failure to implement the anti-torture law denies victims access to justice and reparations, and deters others from coming forward. It also sends a message to torturers that they can carry out committing this atrocious crime without fear of consequence,” said Lynn Maalouf, Amnesty International’s Deputy Regional Director for the Middle East and North Africa.

“The Lebanese authorities must be held to account for the commitments they made during their 2015 review, which they have failed to uphold. We call on the Lebanese authorities to end the disgraceful practice of referring torture allegations to military courts and relying on the same security agencies accused to conduct the investigation.”

Lebanon ratified the Convention Against Torture (CAT) and its Optional Protocol in 2000 and 2008, respectively. In compliance with its obligation under the CAT, Lebanon passed an anti-torture law in 2017 that makes torture a criminal offence.

Amnesty International has reviewed 32 torture complaints, and spoken to victims, families and lawyers. The organization had previously documented the case of torture of Lebanese actor Ziad Itani, who had first filed a torture complaint under the new law two years ago. Not only have Itani’s torturers not been held to account, he is now under investigation himself for “defamation” relating to his social media posts about his ordeal.

On 23 November 2017, the General Directorate of State Security arrested Itani on fabricated charges of spying for Israel. When he stood for the first time before a Military Judge, Itani provided a detailed description of the torture he was subjected to in detention, but the court failed to order an investigation. On 13 March 2018, the Military Court acquitted him and ordered his release.

On 20 November 2018, Itani filed a civil anti-torture lawsuit against the officers and assistants who investigated his complaint, but the State Prosecutor referred the case to the Military Prosecutor, violating both international and domestic laws that require human rights violations to always be tried by civilian courts. Under the Lebanese anti-torture law, the power to prosecute, investigate and try is granted exclusively to ordinary civilian courts.

On 12 April 2019, following calls from human rights organisations, a military court transferred Itani’s torture complaint back to a civilian investigative judge who summoned Itani to give his testimony and submit his medical reports, but appears to have taken no further action since then.

On 14 August 2020, 10 days after the Beirut Port explosion, President Michel Aoun promoted one of the officers Itani accuses of torturing him. According to the UN Principles on the Investigation of Torture, officials suspected of committing torture or other acts of ill-treatment should be suspended from active duty during an official investigation.

Itani’s lawyer filed a complaint before the State Shura Council, the country’s top administrative court. A few days later, a video of his interrogation was leaked to the media, filmed in an interrogation office, with an opening statement: “Shocking footage of the of torture Ziad Itani in State Security: Ziad Itani confessed his crime but what happened was a #fabricated_innocence,” insinuating that Itani’s “confessions” were not extracted under torture.

A Lebanese protester during clashes with security forces in the vicinity of the parliament in central Beirut on August 10, 2020 (Photo: Standard Freeholder)

Moreover, on 14 September 2020, the head of the State Security directorate and the officer accused in Ziad’s torture complaint filed defamation, libel and slander lawsuits against Itani, accusing him of damaging the prestige of the State, spreading false accusations, threatening officers, fabricating false confessions and misleading the judiciary. Itani told Amnesty International:

“Ten days after the Beirut Port explosion, while I was still collecting the pieces of my broken house and recovering from my wounds, the president went out of his way to promote my torturer. Then, my torturer and his boss filed a complaint against me… A threat in fact, more than a legal complaint. Upon my release I promised myself to fight for my rights. I didn’t expect though to have to fight against the entire State apparatus, including its media, [security] agencies and judiciary, for that right!”

Another shocking example of Lebanon’s failure to implement the anti-torture law is the case of Hassan al-Dika, a 44-year-old man, who is believed to have died in detention in May 2019 as a result of torture. His case has not been investigated, despite three complaints under the anti-torture law which were filed by his father while he was still alive in detention.

Al-Dika was arrested by the Investigative Branch of the Internal Security Forces (ISF) in November 2018 without a judicial warrant and accused of selling drugs. While held incommunicado for nine days, he was subjected to torture and other ill-treatment, and denied the right to meet with his father, Tawfic al-Dika, also acting as his lawyer.

“I filed several anti-torture complaints; they [authorities] dismissed them and I was threatened to withdraw one. But, following local and international pressure, one of these complaints found its way to an investigative judge. A first session was held in February, and that was it. They are not applying this law. If this law is applied, many officers and judges would have been in prison by now!”

In the period between the enactment of the law in October 2017 and March 2020, at least 30 cases of torture were filed by the Prison Committee of the Tripoli Bar Association (TBA) and the Committee of Lawyers to Protect Protesters. None of these cases reached a verdict, and most were closed without investigation. Most of these cases were referred to the security agencies for investigation and to the military jurisdiction for trial.

On 18 December 2019, the lawyers’ committee filed 15 complaints on behalf of 17 protesters under the anti-torture law, the 2018 law for missing persons, and Art. 329 of the Penal Code, listing acts of torture and other ill-treatment that occurred during protests, arrest, transportation to and inside the detention centre. None of these cases have been investigated.

The head of the TBA Prison Committee, Mohammed Sablouh, told Amnesty International the number of victims was very likely much higher than the handful who file complaint. He said: “In Tripoli and the North, people tend to avoid filing complaints under the anti-torture law because they fear the authorities. The detained persons and their families believe that by filing anti-torture complaints, they will be antagonizing the State and provoking its rage against their children … This year, I managed to file five complaints on behalf of victims’ families. None were investigated, all were closed.”