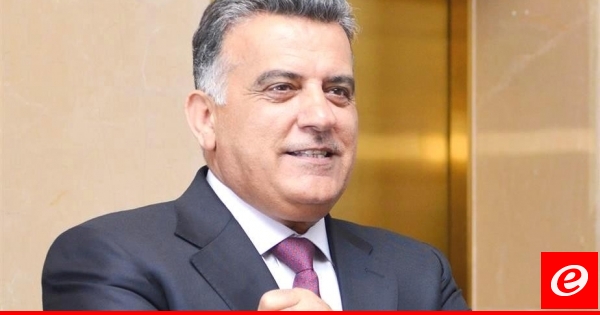 Lebanese Security Chief Abbas Ibrahim visited Damascus after a trip to Washington as part of efforts to free U.S. citizen Austin Tice, who is thought to be held in Syria, Lebanese broadcaster al Jadid reported on Saturday.

Ibrahim told al Jadid he went on a two day visit to Damascus and was in regular contact with Tice’s mother to tell her that he would continue to work on her son’s “file”.

“I won’t stop working on this subject and I promised Tice’s mother whom I met in Washington and am in daily touch with on the phone,” he told the broadcaster.

U.S. President Donald Trump has adopted the case of the freelance journalist and former U.S. Marine officer who disappeared while reporting in Syria in 2012.

Abbas said the trip to Damascus came after he visited Washington last month where he met with national security adviser Robert O’Brien.

A Trump administration official on Oct.18 confirmed a newspaper report that a White House official travelled to Damascus earlier this year for secret meetings with the Syrian government seeking the release of Tice and another U.S. citizen.

The trip was the first time such a high-level U.S. official had met in Syria with the isolated government of Syrian President Bashar al-Assad in more than a decade.

Syria erupted into civil war nearly a decade ago after Assad in 2011 began a brutal crackdown on protesters calling for an end to his family’s rule.

Lebanese daily Al-Akhbar, which is closely linked to Hezbollah reported Saturday that the U.S. Congress could impose sanctions on Ibrahim , under a new bill being considered. Ibrahim in recent years has helped to facilitate the release of a U.S. citizen held in Syria, and a Lebanese-American who was held in Iran.

The U.S. has imposed sanctions in recent months on Lebanese politicians including allies of the militant Hezbollah group. Washington has listed Hezbollah as a terrorist organization since 1997 and sees the group as a proxy for its archenemy Iran in the region.

Ibrahim said that U.S. sanctions wouldn’t stop him from working on Tice’s case.

“I have promised Austin Tice’s mother whom I met in Washington and speak with her by telephone on a daily basis that neither sanctions nor anything else will affect work over the case of her son,” he added.

In late October, Trump administration officials said that Kash Patel, a deputy assistant to President Donald Trump, made an unusual, secret visit to Syria for high-level talks aimed at securing the release of Tice and U.S. citizen Majd Kamalmaz, a 62-year-old clinical psychologist from Virginia, who disappeared in 2017 and is believed to be held in a Syrian government prison.

The Syrian government has not publicly acknowledged knowing anything about his whereabouts.

U.S. envoy to Syria James Jeffrey, who resigned from his post earlier this month, said that Tice is believed to be alive and held hostage in Syria. He didn’t say why officials believe this or who might be holding him.