Can the U.S. heal the divide? 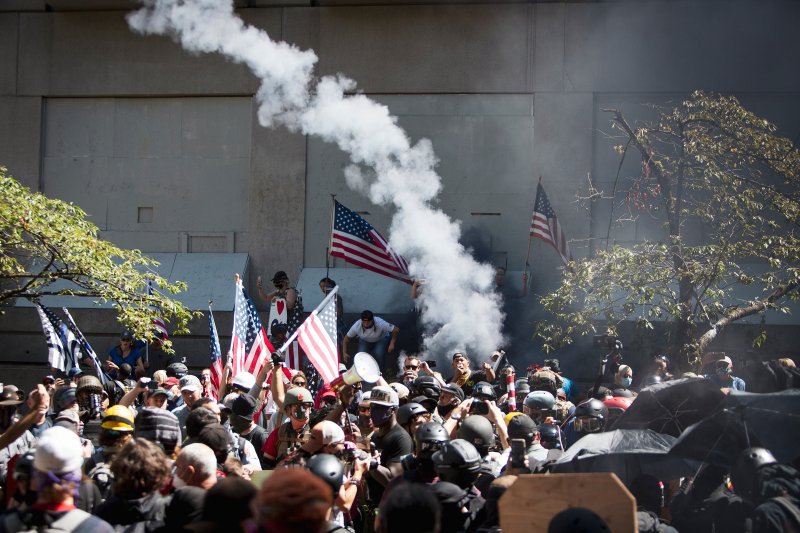 A highly contested election is highlighting the divisions between so-called Red State America and Blue State America. At the same time, in four of the five states in which the final vote tallies have not been determined, the difference in votes between Donald Trump and Joe Biden is small: less than two percent, in each state.

Americans are speaking differently, but in equal numbers.

Going forward, will the nation stay equally divided? The major factor answering that question, political analysts said, is Trump himself.

He said that Trump’s presence will determine how well the country can unite following a contentious election, no matter who wins. The more present Trump remains, Woolley said, the less united the country is likely to be.

Alain Sanders, an emeritus professor of political science at St. Peter’s University, said that Trump exacerbates divisions, and that’s not likely to change, whether or not he remains in the Oval Office.

“We are politically divided in ways that we have not been divided for many, many years,” Sanders said. “And so what the president has done, of course, while president, has been to fuel those divisions.

“He has not sought to be a healer,” Sanders continued, “and that has aggravated the political divisions of this country.”

PIX11 News went to one of the most contrasted communities in the country, Howard Beach, where Trump has dominated in the vote count, despite the surrounding county voting heavily for Biden.

Voters there expressed a variety of opinions.

“I have very little confidence,” Chris Domingue said. “That’s why I said my stomach is churning. And I feel it’s divide and conquer.”

She said that she’s a Democrat, who was visiting Howard Beach from Flushing, Queens, which votes very differently than Howard Beach. Her assessment was the exception, actually.

Another voter, who chose not to give his name, said, after being asked if he can feel comfortable interacting with people who voted differently than he did, “I’ve never been uncomfortable. I don’t have a problem.”

“Everyone is entitled to their own votes,” he said. “Except we, the people, should be all together, no matter what.”

That could be eclipsed, many political analysts say, if — and at this point, it’s very much still if — Trump loses, and there’s a Biden presidency.

“He will be the first president in a long, long time,” Woolley said, “to have an outgoing president dog him day in, and day out.”