Conflicting reports on 3rd round of Lebanon, Israel border talks 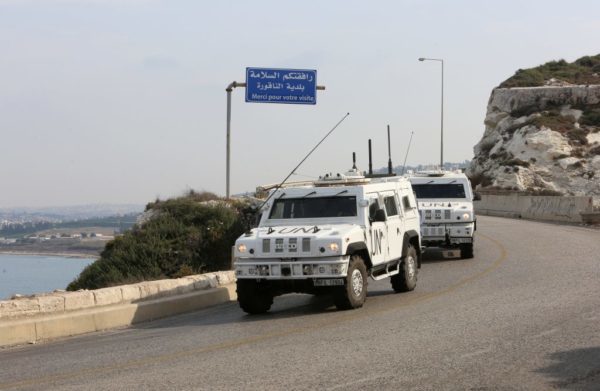 Lebanon and Israel, still technically at war, pressed on with a third round of maritime border talks Thursday under UN and US auspices to allow for offshore energy exploration.

“The third round of indirect negotiations to draw the maritime border has started,” said Lebanon’s official National News Agency (NNA).

The delegations met at a base of the UN peacekeeping force UNIFIL in the Lebanese border town of Naqura amid tight security measures.

A first round of talks was held on October 14, followed by a second on Wednesday that a source close to the negotiations said was “positive”.

After years of quiet US shuttle diplomacy, Lebanon and Israel this month said they had agreed to begin the negotiations in what Washington hailed as a “historic” agreement.

The announcement came weeks after Bahrain and the United Arab Emirates became the first Arab nations to establish relations with Israel since Egypt in 1979 and Jordan in 1994.

But Lebanon has insisted the negotiations are purely technical and do not involve any political normalisation with Israel.

Lebanon, reeling from its worst economic crisis in decades, is hoping to settle the maritime border dispute so it can continue exploring for hydrocarbon reserves in the Mediterranean.

Exploration is on hold in an area off its coast named Block 9, as a section of it is located in an 860-square-kilometre (330-square-mile) area claimed by both Israel and Lebanon.

NNA said the Lebanese delegation carried with it “maps and documents showing the points of contention and the Israeli enemy infringing on the Lebanese right to include part of Block 9”.

In February 2018, Lebanon signed its first contract for offshore drilling for oil and gas in Block 9 and Block 4 with a consortium comprising energy giants Total, ENI and Novatek.

Lebanon in April said initial drilling in Block 4 had shown traces of gas but no commercially viable reserves.

While the US-brokered talks look at the maritime border, a UNIFIL-sponsored track is also due to address outstanding land border disputes.

While the Lebanese media reported that the talks were negative , a joint U.N.-U.S. statement described Wednesday and Thursday’s talks as “productive.”

“No progress was made, amid escalation by each of the negotiating parties, and the dispute is revolving around the point from which demarcation should begin,” al-Jadeed TV reported

Similarly MTV reported that there are “divergent viewpoints and stubbornness in the stances of the Lebanese and Israeli delegations over two key issues, one of them is the land point” from which demarcation should begin..

“Building on progress from their October 14 meeting, on October 28 and 29 representatives from the governments of Israel and Lebanon held productive talks mediated by the United States and hosted by the Office of the United Nations Special Coordinator for Lebanon (UNSCOL),” the statement said.

“The United States and UNSCOL remain hopeful that these negotiations will lead to a long-awaited resolution. The parties committed to continue negotiations next month,” it added.

The delegations met for around four hours Thursday at a base of the U.N. peacekeeping force UNIFIL in the Lebanese border town of Naqoura.