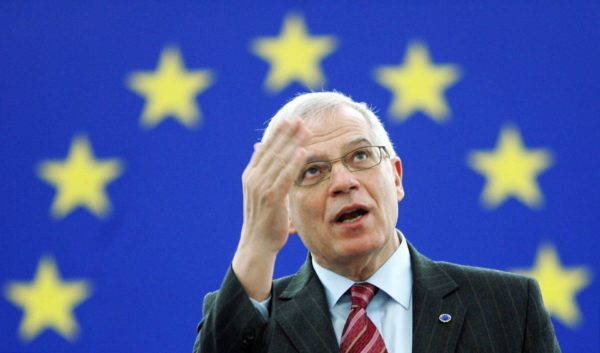 On Saturday, France had said it was recalling its envoy to Turkey for consultations after Erdogan said Macron needed his mental health checked.

“Call to Turkey to cease this dangerous spiral of confrontation.”

Erdogan accused Macron of having a “problem” with Islam and with Muslims for defending the right to show cartoons of the Prophet Mohammed — an act for which a French schoolteacher was murdered last week.

France and Turkey are at loggerheads over a range of issues including maritime rights in the eastern Mediterranean, Libya, Syria and the conflict between Armenia and Azerbaijan over Nagorno-Karabakh.

And ties between Ankara and Brussels are similarly fraught, particularly with regard to Turkey’s oil and gas exploration activities in the eastern Mediterranean.

At a summit at the beginning of October, EU leaders adopted a carrot and stick approach, offering Ankara the prospect of closer ties and better trade if it commits to “pursuing dialogue in good faith and abstaining from unilateral actions”.

But it warned that the EU was prepared to use sanctions — possibly including broad-based economic measures — if Turkey persists with what Brussels sees as the illegal infringement of Cypriot waters.

“The conclusions of the European Council entail a real offer to relaunch our relationship, but political willingness is needed on the part of the Turkish authorities on this positive agenda,” Borrell tweeted on Sunday.

“Otherwise, Turkey will be even more isolated,” he added.