US House lawmakers call for continued assistance to Lebanon 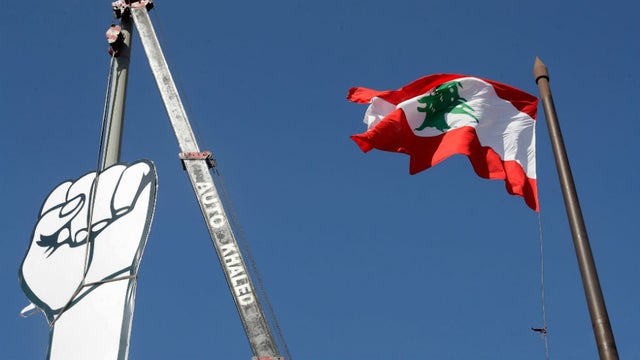 A bipartisan group of lawmakers is urging the Trump administration to ensure that continued assistance is provided to the Lebanese people and action is taken to prevent taxpayer dollars from benefitting Hezbollah, terrorist organizations or corrupt nonprofits in the region.

In a letter led by Reps. Guy Reschenthaler (R-Pa.) and Elaine Luria (D-Va.) that was sent to Secretary of State Mike Pompeo, the lawmakers said more oversight and action needs to be taken to help the country’s citizens while making sure funds aren’t being misused, citing Hezbollah exploiting the $18 million in humanitarian aid sent following the explosion in the Port of Beirut in August that killed more than 190 people and injured thousands more.

“We share our deepest condolences to the people of Lebanon who are already suffering from the effects of a collapsing economy and government, corruption, and the stranglehold of the Iranian-backed terrorist organization Hezbollah,” the letter read.

“With those thoughts in mind, we urge the administration to continue supporting the Lebanese people while ensuring no U.S. assistance benefits the deep-rooted corruption network inside Lebanon or Hezbollah, a terrorist organization that has killed more Americans than any other terrorist group before 9/11,” the lawmakers continue.

The lawmakers went on to highlight the uprisings seen in response to corruption and the economic collapse in the country, noting that Hezbollah has spent funds on resources that threaten U.S. allies.

“In recent months, the Lebanese people have taken to the streets to protest the chaos that Hezbollah and other corrupt entities have sown within their country. Hezbollah exploits significant problems plaguing Lebanon, including daily blackouts, fuel shortages, and a deep-seated government crisis,” they continued.

“Moreover, while the Lebanese people are struggling, Hezbollah is expending resources to procure rockets and missiles to threaten Israel, sending fighters into Syria to support President Bashar al Assad’s regime, and building attack tunnels into Israel,” the letter says. “In addition, according to the United States Treasury Department, Hezbollah uses Lebanon’s ports and border crossings, including the Port of Beirut, to smuggle contraband such as illegal drugs and weapons.”

The group asserted that proper safeguards need to be in place to make sure that the aid provided isn’t allocated to nonprofit organizations that are connected to corrupt or terrorist groups.

“Assistance to Lebanon must not enrich terrorist organizations or corrupt politicians. Hezbollah has historically abused Lebanese businesses, local nongovernmental organizations (NGOs), and charities for their benefit. For example, Hezbollah manages numerous medical centers and is directly linked to Lebanese NGOs such as the Martyrs Foundation and Green Without Borders,” the letter said.

“To keep U.S. taxpayer dollars outside Hezbollah’s grasp, future assistance must be directed with strict oversight and transparency through trusted, vetted NGOs verified to have no connection to the terror group or to corruption. Moreover, we encourage you to work with other international donors to support their adoption of similar standards to prevent Hezbollah from using this terrible tragedy to enrich itself with international assistance,” the lawmakers wrote.