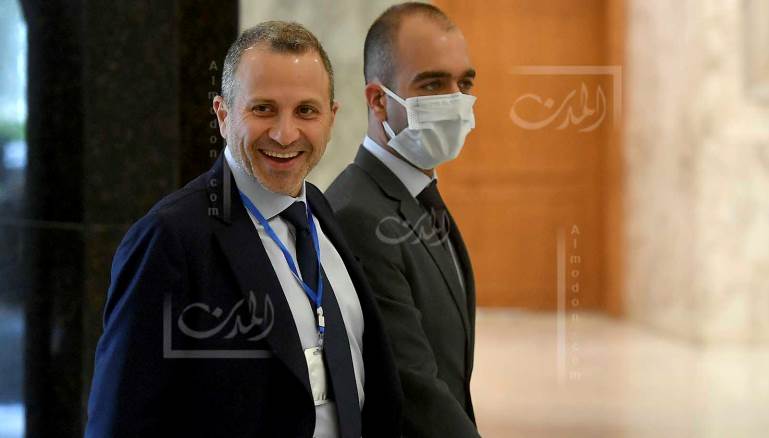 File photo of Free Patriotic Movement chief Gebran Bassil as published by Israel website “Al Mudon” . The details of the person shown with him were not revealed
Share:

The Israeli Broadcasting Corporation “Al Mudon” quoted on Thursday an Israeli security source claiming that Bassil had a “big secret role in the negotiations between Lebanon and Israel regarding the demarcation of the border between them.”

It also claimed that Bassil “had met with Israeli and US officials in various countries to discuss the demarcation file, and that he allegedly pledged to obtain the approval of Hezbullah in this regard.”

“AlMudon” also claimed that the FPM chief had “recommended to the US side to keep the file in the hands of Parliament Speaker Nabih Berri, who is following up the issue with the Americans through mediators in Washington of Lebanese origin.

“Al Mudon” claims that “from the perspective of Israel and with it the United States, Gebran Bassil played this “facilitating role” for four main reasons: the first is that he is the son-in-law of the Lebanese President Michel Aoun, the second is that he is a former foreign minister, the third is that he is the leader of the Free Patriotic Movement, and the fourth is that he has a “relatively good” relationship with Hezbollah. .