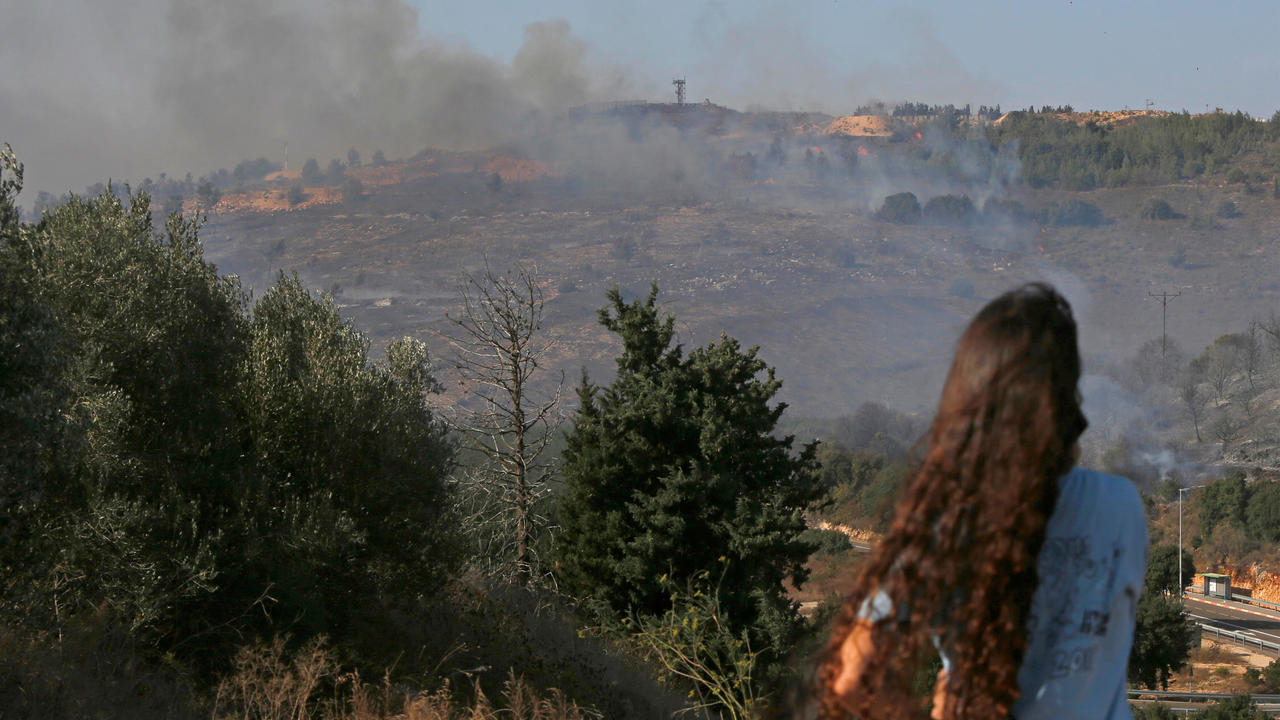 A girl watches as smoke rises from a fire near the northern Israeli kibbutz of Misgav Am JALAA MAREY AFP
Share:

Several fires spread across northern and central Israel and the occupied West Bank as temperatures soared on Friday, forcing the evacuation of thousands of people, authorities said.

There were no immediate reports of casualties but police said in a statement that seven homes were damaged in the northern town of Nof Hagalil and 5,000 residents evacuated.

Several homes were also evacuated near the Jewish settlement of Kfar Oranim in the occupied West Bank, the statement added.

Roads were closed and police urged people to be vigilant, as the army helped firefighters to contain the blazes.

“After the outbreak of several fires across Israel amid a heatwave, our troops are working together with Israeli firefighters & @israelpolice to put them out and evacuate civilian communities in immediate danger,” the army said in a tweet.

The fires came days after the European Union’s Earth Observation Programme said that last month was the warmest September on record globally.

It cited new high temperatures in Israel and neighbouring Jordan.

Dozens of fires broke out across the Jewish state during summer last year as record temperatures fuelled wildfires.