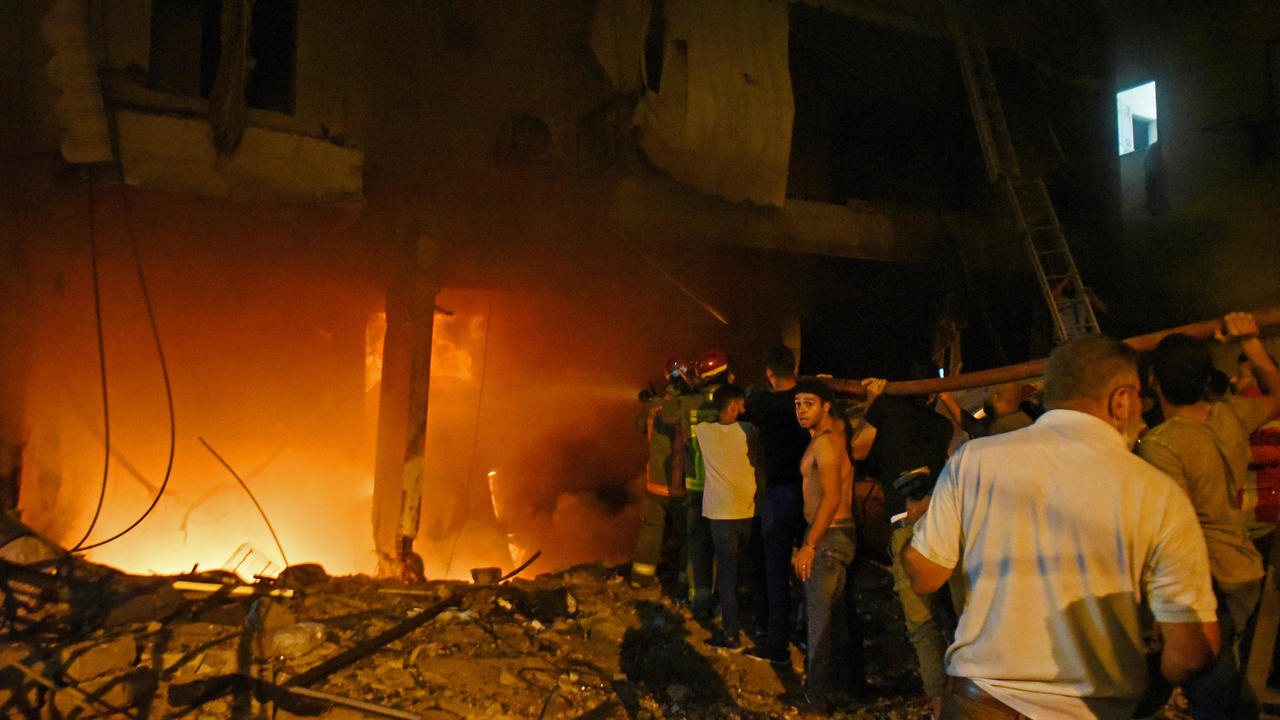 Firefighters extinguish a fire at a building after a fuel tank exploded in Beirut’s Tariq al-Jdide neighbourhood – AFP
Share:

An explosion and a fuel tank fire in the Lebanese capital Friday killed four people, rescuers said as panic spread in a city already ravaged by a monster blast in August.

A Beirut television station said more than 30 people were hurt in the conflagration, with a medical source adding that three children were hospitalised with burns.

“The number of victims increased to four,” the Lebanese Red Cross said on its Twitter account, updating the toll from two dead.

Lebanese television Al-Jadeed reported that more than 30 people were injured as it broadcast images of flames in a street and sounds of people screaming in panic.

Fire Brigade Lieutenant Ali Najm said there was a fire and explosion in a warehouse containing a fuel oil tank, adding the cause of the explosion was still unknown.

A security source said the fire took hold in an underground premises where there was also petrol.

The source said authorities arrested the owner who manages one of the many private generator services that supply residents with electricity when frequent power outages occur, the source said.

In the last few weeks, Beirut municipality has been looking for warehouses that could be in breach of the law or pose a danger to residential areas, governor Marwan Aboud told Al-Jadeed.

“We feared that such an accident could happen,” Aboud said, adding around 100 sites had been identified as suspect.

“We have ordered some of them to close and required others to put in place procedures to protect the public,” he added.

Private generator services proliferate across the country, sometimes accused of being veritable mafia profiting from electricity shortages, which have forced citizens for decades to resort to subscriptions to cope with frequent power outages.

Friday’s explosion was the latest in a series of terrible events in a country hit with an unprecedented economic crisis and lacking the most basic public services.

Several fires have broken out at Beirut’s port since a cataclysmic August 4 explosion killed 203 people, injured at least 6,500 others and ravaged swathes of the capital.

That blast came as Lebanon struggles with its worst financial crisis since the 1975-1990 civil war and political strife, compounded by the coronavirus pandemic.

A large section of public opinion blames the August 4 explosion on what they see as a corrupt and incompetent class of leaders and politicians who have virtually remained the same for decades.