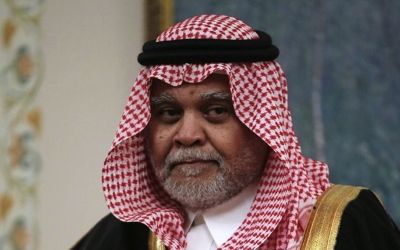 In an interview with Saudi-owned Al Arabiya television aired on Monday, the prince labelled the Palestinian authorities’ criticism a “transgression” and “reprehensible discourse”.

“The Palestinian cause is a just cause but its advocates are failures, and the Israeli cause is unjust but its advocates have proven to be successful. That sums up the events of the last 70 or 75 years,” he said in the first of a three-part airing of the interview.

“There is something that successive Palestinian leadership historically share in common: they always bet on the losing side, and that comes at a price.”

The United Arab Emirates agreed a historic deal to normalise relations with Israel in August, and the Gulf state of Bahrain, a close Saudi ally, followed suit in September.

Palestinians fear the moves will weaken a long-standing pan-Arab position – known as the Arab Peace Initiative – that calls for Israeli withdrawal from occupied territory and acceptance of Palestinian statehood in return for normal relations with Arab states.

Saudi Arabia, the birthplace of Islam, has not directly commented on the normalisation deals, but has said it remains committed to peace on the basis of the Arab Peace Initiative.

Prince Bandar noted the decades-long support of successive Saudi kings to the Palestinian cause and said the Palestinian people should remember that the kingdom has always been there for them to offer help and advice.

“This low level of discourse is not what we expect from officials who seek to gain global support for their cause,” he said.

While Saudi Arabia is not expected to follow the example of its Gulf allies any time soon, experts and diplomats believe the kingdom has started shifting the public discourse on Israel.