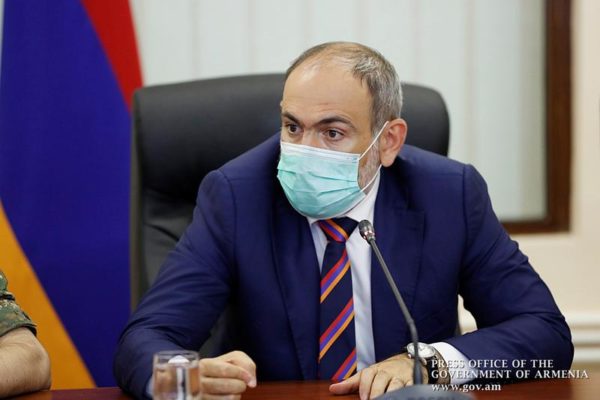 Dozens of people have been reported killed and hundreds wounded since Sunday in fighting that has renewed concern about stability in the South Caucasus, a corridor for pipelines carrying oil and gas to world markets.

The presidents of France, Russia and the United States called on Thursday for an immediate ceasefire between Azerbaijan and ethnic Armenian forces around Nagorno-Karabakh, but Turkey, an Azeri ally, said the three big powers should have no role in peace moves.

“The situation is much more serious (than previous clashes in 2016). It would be more appropriate to compare it with what happened in 1915, when more than 1.5 million Armenians were slaughtered during the first genocide of the 20th century,” Pashinyan told Le Figaro newspaper in an interview published late on Thursday

“The Turkish state, which continues to deny the past, is once again venturing down a genocidal path,”

The comments are likely to provoke Ankara. Turkey accepts that many Armenians living in the Ottoman Empire were killed in clashes with Ottoman forces during World War One, but contests the figures and denies that the killings were systematically orchestrated and constitute a genocide.

Pashinyan, who offered no evidence for his assertions, said Turkey had sent thousands of Syrian mercenaries to the region and Turkish military officers were directly involved in leading the Azeri offensive.

“The world must be aware of what is going on here,” he said.

“Turkey’s wish is to strengthen its role and influence in the South Caucasus. It’s pursuing the dream of building an empire imitating the Sultanate and it is embarking on a path that could set the region ablaze.”