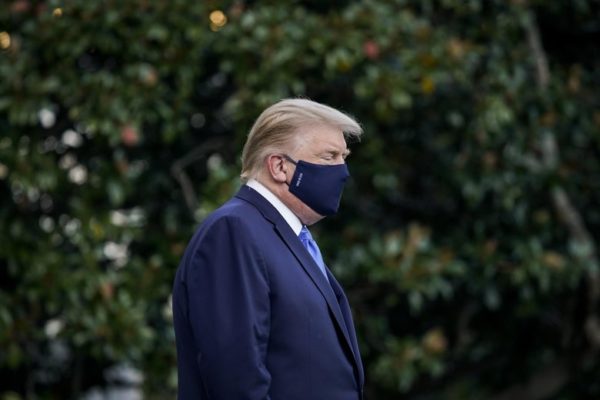 President Trump was flown to Walter Reed National Military Medical Center on Friday less than 24 hours after announcing he and first lady Melania Trump tested positive for COVID-19. It’s the most serious health crisis a president has faced since President Ronald Reagan was shot in 1981.

Mr. Trump’s physician is updating the nation on the president’s condition Saturday, after saying Friday night the president is “doing very well” and has not required supplemental oxygen. Dr. Sean Conley said Mr. Trump started treatment with Gilead Sciences remdesivir, a drug that has shortened the recovery time for some patients with the virus.

Mr. Trump tweeted an update from the hospital, where the White House says he will spend the next few days. “Going well, I think! Thank you to all. LOVE!!!” he wrote late Friday.

White House spokesperson Kayleigh McEnany said earlier that Mr. Trump had “mild symptoms” and was being transferred to Walter Reed “out of an abundance of caution and at the recommendation of his physician and medical experts.”

White House sources said Mr. Trump was suffering from a low-grade fever. The White House physician had said he was feeling “fatigued” and would be taking an antibody cocktail.

Vice President Mike Pence, who would take over for Mr. Trump if he were incapacitated or deemed unable to carry out the duties of the presidency, said Friday he had tested negative.

Democratic nominee Joe Biden, who was on stage with Mr. Trump at the first presidential debate on Tuesday, said Friday he and his wife also tested negative. The Biden campaign halted its negative ads on Friday, and Biden tweeted a call for unity.