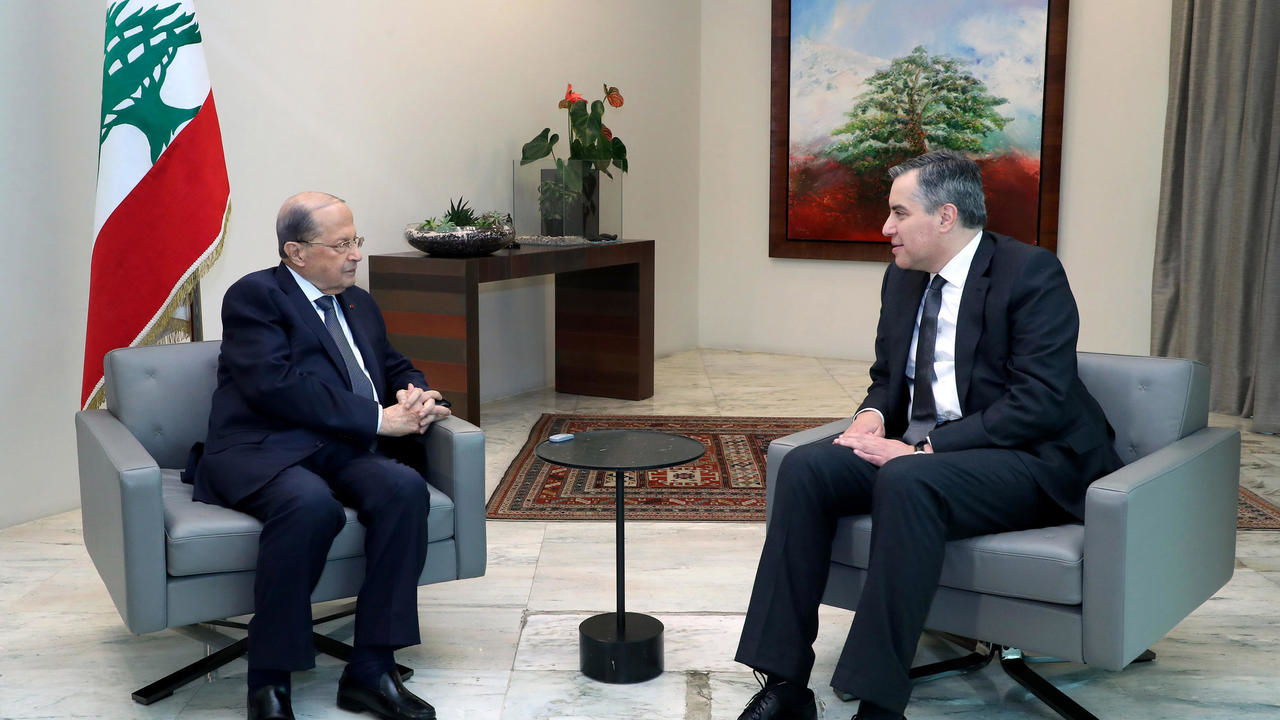 “I put the President in the picture of the consultations and we agreed to hold another meeting tomorrow at 11:00 am,” Adib announced after his 40-minute meeting.

According to media reports Adib was carrying a file for the first time since being named PM-designate, which indicates that he might have briefed him on the line-up for the new cabinet.

The meeting with Aoun comes a day after Adib met representatives of Hezbollah and Amal Movement in a bid to resolve the row over Shiite seats in the cabinet.

The so called Shiite duo of the Iranian backed Hezbollah and its ally the Amal Movement has been obstructing the formation of the cabinet insisting that the duo should be awarded the ministry of finance in addition to naming ll their own minsters which goes against Adib’s plan who wanted to form a cabinet of experts able to resolve the financial crisis .