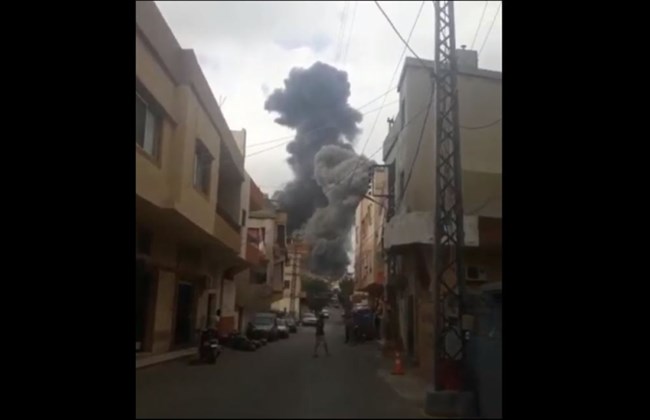 An explosion in a residential area of the village of Ain Qana rocked south Lebanon on Tuesday. Southern Lebanon is a political stronghold of the Iran-backed Hezbollah and its ally the Amal Movement.
Share:

An explosion rocked a village in southern Lebanon on Tuesday, Lebanese broadcasters and a witness said, and clouds of dark smoke rose from the area.

The cause of the blast in the village of Ain Qana was not immediately clear.

A witness in nearby village said they felt the ground shake.

Southern Lebanon is a political stronghold of the Iran-backed Hezbollah and its ally the Amal Movement.

Panicked residents in the area where the explosion took place evacuated and ran in the opposite direction of the smoke, while others stayed to watch, witnesses said.

People in Lebanon have been traumatized by the massive Aug. 4 explosion that destroyed swaths of the capital and left nearly 200 dead.

A number of people were injured in the blast in Ain Qana, local residents told Lebanese media.

The local media also reported that the explosion took place in a house belonging to a Hezbollah linked person.

Lebanese TV Al-Jadeed said Hezbollah and Amal movement had imposed a security cordon around the site.

In another development , LBC reported that a fire erupted in a paint factory in the Ouzai neighborhood, south of Beirut another Hezbollah stronghold