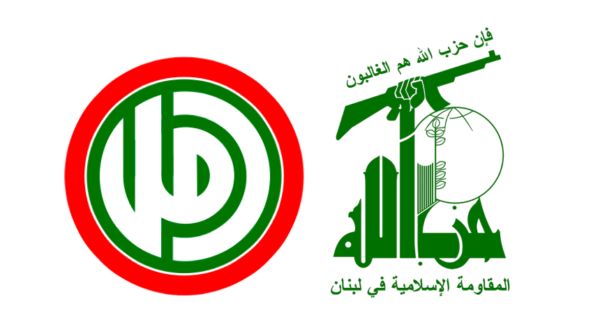 The Higher Islamic Shiite Council on Sunday blasted “the remarks voiced by a major religious leader against the Islamic Shiite sect,” in reference to Cardinal Beshara al-Rai , the Maronite Patriarch who criticized earlier the Shiite duo , and insisted that the Shiites should keep the ministry of Finance as price for liberating Lebanon.

“The rhetoric has descended into sectarian incitement that stirs sentiments, distorts facts and hurls false accusations against a sect that offered the best of its young men and capabilities in the battle of the country’s liberation,” the Council said in a statement.

“If we are demanding to keep the Finance Ministry with the Shiite sect, that is out of our keenness on national partnership in the executive authority,” it added.

Noting that “no voices had condemned the violation of the National Pact when a government was formed without the Shiite sect,” the Council said any rotation of ministerial portfolios should be accompanied by a rotation of the so-called first degree posts in state administrations — such as the army chief and the central bank governor. Both posts are currently held by Christian Maronites

“The policy of elimination, isolation and marginalization — which Imam Sayyed Moussa al-Sadr had long warned against — cannot build a country not produce a state,” the Shiite Council cautioned.

“We have called and are still calling for abolishing political sectarianism and endorsing citizenship as the standard in political action, within a just state based on equality in rights and duties regardless of sectarian privileges,” it added.

Al-Rai on Sunday blasted the so called Shiite duo of Hezbollah and Amal Movement without naming them, in connection with with sabotaging the formation of a new government by insisting on holding onto the the finance ministerial portfolio.

“What entitles a sect to demand a certain ministry as if it owns it, what entitles to sabotage the government’s formation until it gets what it wants, causing political paralysis and economic, financial and social damages?” al-Rai said in his Sunday Mass sermon.

The demands by the Shiite duo violate the French plan, aimed at uprooting endemic corruption and preventing the ruling elite from controlling the finances Lebanon expects to get from international organisations following the government formation.

Past aid went into the pockets of corrupt politicians and parties. Little was spent on paying the mounting pile of debt, improving the debilitated infrastructure or creating jobs for millions of unemployed youth.

French president Emanuel Macron has recently said France wants to help Lebanon get out of its financial and political crisis, but failing to implement structural reforms within a 3-month period would result in “punitive actions”, including withholding international aid and possibly even sanctions against leading politicians.

The French president was warned by many that he cannot entrust a corrupt ruling class with reforming the system. It is time of reckoning for him and Lebanon.

According to analysts , Macron has probably given this his best shot. Now, it most probably is time to enact his plan B. There does not seem to be a way out of the current impasse without serious measures — a game changer to convince the country’s factions that the Lebanese people and the international community has had enough.