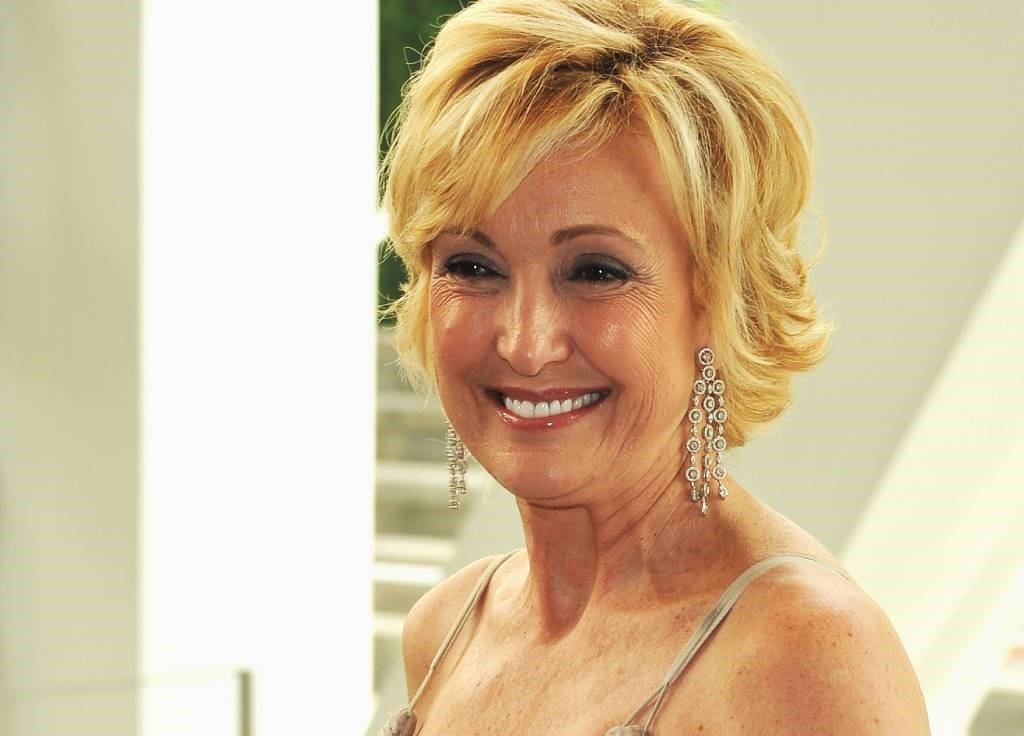 Iran is still looking to avenge the death of Qassem Soleimani, officials said and is plot ng to kill the ambassador to South Africa Lana Marks according to Intelligence reports
Share:

By NAHAL TOOSI and NATASHA BERTRAND

The Iranian government is weighing an assassination attempt against the American ambassador to South Africa, U.S. intelligence reports say, according to a U.S. government official familiar with the issue and another official who has seen the intelligence.

News of the plot comes as Iran continues to seek ways to retaliate for President Donald Trump’s decision to kill a powerful Iranian general earlier this year, the officials said. If carried out, it could dramatically ratchet up already serious tensions between the U.S. and Iran and create enormous pressure on Trump to strike back — possibly in the middle of a tense election season.

U.S. officials have been aware of a general threat against the ambassador, Lana Marks, since the spring, the officials said. But the intelligence about the threat to the ambassador has become more specific in recent weeks. The Iranian Embassy in Pretoria is involved in the plot, the U.S. government official said.

Still, attacking Marks is one of several options U.S. officials believe Iran’s regime is considering for retaliation since the general, Qassem Soleimani, was assassinated by a U.S. drone strike in January. At the time, Secretary of State Mike Pompeo said the U.S. killed Soleimani to reestablish deterrence against Iran.

Marks, 66, was sworn in as U.S. ambassador last October. She’s known Trump for more than two decades and has been a member of his Mar-a-Lago club in Florida. Critics of Trump have derided her as a “handbag designer,” but her supporters retort that she is a successful businesswoman — her eponymous handbags run as much as $40,000 — with numerous international connections. A personal friend of the late Princess Diana, she also was born in South Africa and speaks some of the country’s key languages, including Afrikaans and Xhosa.

The intelligence community isn’t exactly sure why Iranians would target Marks, who has few, if any, known links to Iran. It’s possible the Iranians took her long friendship with Trump into consideration, the U.S. government official said.

The Iranian government also operates clandestine networks in South Africa, the officials noted, and has had a foothold there for decades. In 2015, Al Jazeera and The Guardian reported on leaked intelligence documents that detailed an extensive secret network of Iranian operatives in South Africa. Marks may also be an easier target than U.S. diplomats in other parts of the world, such as Western Europe, where the U.S. has stronger relationships with local law enforcement and intelligence services.

Iran’s Islamist leaders have a history of carrying out assassinations beyond their country’s borders, as well as taking hostages, since seizing power following a popular uprising in the late 1970s. In recent decades, Iran has generally avoided directly targeting U.S. diplomats, although Iranian-backed militias have long attacked U.S. diplomatic facilities and personnel in Iraq and Lebanon.

Trump alleged after Soleimani’s killing that the Iranian general had been plotting attacks on American diplomatic missions, although U.S. officials later cast doubt on his claims. “They were looking to blow up our embassy,” Trump said in January, referring to the massive, heavily fortified U.S. diplomatic compound in Iraq. Later, in a Fox News interview, he said, “I can reveal I believe it probably would’ve been four embassies.”

Days after Soleimani’s death, Iran launched a ballistic missile salvo at a military base in Iraq that housed U.S. forces, causing traumatic brain injuries among dozens of American troops. Trump declined to retaliate and said, “Iran appears to be standing down, which is a good thing for all parties concerned and a very good thing for the world” — though he announced fresh sanctions on the Iranian regime and warned it against further retaliatory moves.

Some analysts, however, said at the time that Iran likely would seek other ways to avenge Soleimani’s death. Gen. Kenneth McKenzie, head of U.S. Central Command, was at the top of Iran’s hit list earlier this year, according to media reports. McKenzie said last month that he expected a new “response” from Iran to America’s ongoing presence in Iraq.

“I do not know what the nature of that response will be, but we will certainly be ready for it, should it occur,” he said. On Wednesday, McKenzie confirmed plans to cut the U.S. troop presence in Iraq from 5,200 to 3,000 by the end of September.

During an online forum in August, McKenzie said Iran was “our central problem” in the region, and acknowledged that the danger from Iranian proxies in Iraq had complicated U.S. efforts against ISIS, the radical Sunni terrorist organization and movement. “The threat against our forces from Shia militant groups has caused us to put resources that we would otherwise use against ISIS to provide for our own defense and that has lowered our ability to work effectively against them,” he said.

The White House-based National Security Council did not immediately respond to requests for comment. Neither did an Iranian official with Iran’s mission at the United Nations, nor a South African Embassy official in Washington. Spokespeople for the State Department, the CIA and the Office of the Director of National Intelligence declined to comment.

The U.S. and Iran have been bitter foes for decades, openly confronting each other at times — and gingerly engaging in diplomacy at others — but more often waging a shadowy battle for power and influence across the broader Middle East. Under Trump, the two countries have veered toward outright military conflict on more than one occasion.

Last summer, the U.S. blamed Iran and its proxies for a series of explosions aimed at oil tankers. Iran took down a U.S. drone, and the U.S. later managed to take down an Iranian drone.

Trump acknowledged that, after Iran took down the U.S. drone, he nearly authorized a direct attack on Iranian soil, but he held off after being told 150 people could die — a toll he said was disproportionate.

The countries’ dispute deepened in the months afterward, especially in Iraq, where America and the U.S. have long engaged in proxy warfare. In December, an American contractor was killed in Iraq after an attack by an Iranian-allied militia. The U.S. reacted by bombing sites held by the group, killing around two dozen of its fighters. Soon afterward, protesters believed linked to the militia breached parts of the U.S. Embassy compound in Baghdad.

Then, in early January, the United States staged an airstrike that killed Soleimani as he was visiting Baghdad. It was a major escalation given Soleimani’s importance in Iran, although U.S. officials described it as a defensive measure.

Soleimani led the Quds Force, a unit of Iran’s Islamic Revolutionary Guard Corps that oversees much of the country’s military activities outside its borders. Americans blame him for the death of numerous U.S. troops in the region.

Iran vowed to retaliate. Its first major move was the Jan. 8 missile attack on the al-Asad military base in Iraq. But around the same time, an Iranian missile took down a civilian airliner, killing 176 people and leading to fury inside Iran at the regime’s incompetence and shifting explanations for the incident, along with condemnation abroad.

Iran and South Africa have cooperated on a number of fronts in recent decades, including at the U.N., where South Africa has at times advocated for Iran. South Africa’s uranium deposits are believed to have been a major interest for Iran as it was ramping up its nuclear program, which Tehran has always insisted was meant for peaceful energy purposes, not a bomb. The pair also have a military relationship, having signed some basic defense pacts.

Strange Iran-connected plots have been uncovered before.

Almost a decade ago, the U.S. arrested and eventually sentenced to prison an Iranian-American man who was alleged to have tried to hire Mexican drug cartel assassins to kill Saudi Arabia’s ambassador to the United States as he dined in Cafe Milano, a swanky Washington restaurant frequented by the city’s wealthy and powerful. The U.S. accused Soleimani of overseeing the plot.