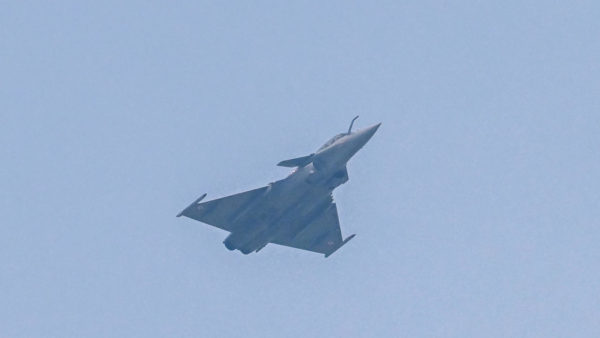 Greek Prime Minister Kyriakos Mitsotakis on Saturday announced a “robust” arms purchase programme and an overhaul of the country’s military amid rising tension with Turkey in the eastern Mediterranean.

What appears to be Greece’s most ambitious military overhaul in nearly two decades was unveiled as it is engaged in a growing stand-off with Turkey over hydrocarbon resources and naval influence in the waters off their coasts.

The bitter row between the NATO allies has roped in other European countries and even sparked fears of more severe conflict.

“The time has come to reinforce the armed forces… these initiatives constitute a robust programme that will become a national shield,” Mitsotakis said in a keynote address in the northern city of Thessaloniki.

New anti-tank weapons, navy torpedoes and airforce missiles will be secured, the PM said in what appears to be Greece’s most ambitious military overhaul in nearly two decades.

The initiative, which includes upgrades of another existing four frigates, is also designed to create thousands of jobs, he said.

More details on the cost of the programme and origin of the weapons purchases will be announced at a news conference Sunday, a government source told AFP.

Greece’s last equivalent purchase spree was in the early 2000s with deals brokered or explored for German tanks and submarines, American warplanes and Russian defensive missiles and hovercrafts.

But most of these plans were shelved owing to the cost of organising the Athens 2004 Olympic Games.

Some of the agreements were dogged by corruption and bribery claims that were later investigated by parliament. Two former Greek defence ministers were subsequently jailed as a result of the probes.

Mitsotakis is believed to have hammered out the programme announced on Saturday after talks with French President Emmanuel Macron during a southern European leaders summit in Corsica this week.

In contrast to other EU and NATO allies, France has strongly backed Greece in its burgeoning showdown with Turkey, as well as Cyprus.

Macron has told his Turkish counterpart Recep Tayyip Erdogan not to cross “red lines” and has sent warships and fighter jets to the region.

Defence Minister Florence Parly welcomed the arms deal, saying it was the first time a European country had bought the Rafale warplanes.

Mitsotakis has previously said NATO’s “hands-off approach” in not taking sides in the dispute was “profoundly unfair”.

Turkey in August sent an exploration ship and a small navy flotilla to conduct seismic research in waters which Greece considers its own under postwar treaties.

Greece responded by shadowing the Turkish flotilla with its own warships, and by staging naval exercises with several EU allies and the United Arab Emirates in its own show of force.

In an article published in The Times, the Frankfurter Allgemeine Zeitung and Le Monde this week, Mitsotakis reiterated his desire for dialogue with Turkey, provided it stops acting “like a provocateur.”

“We do need dialogue, but not when held at gunpoint,” Mitsotakis wrote.

“If we cannot agree then we must seek resolution at the (International Court of Justice at the) Hague,” he said.

Last month, Greece ratified a maritime border pact with Egypt seen as a response to a 2019 Turkish-Libyan accord allowing Turkey access to areas in the eastern Mediterranean where large hydrocarbon deposits have been discovered.

Both Greece and Turkey have rejected each other’s respective agreements as null and void.

EU diplomatic chief Josep Borrell has said that unless Turkey can be engaged in talks, the bloc could develop a list of sanctions at a European summit on September 24 and 25.