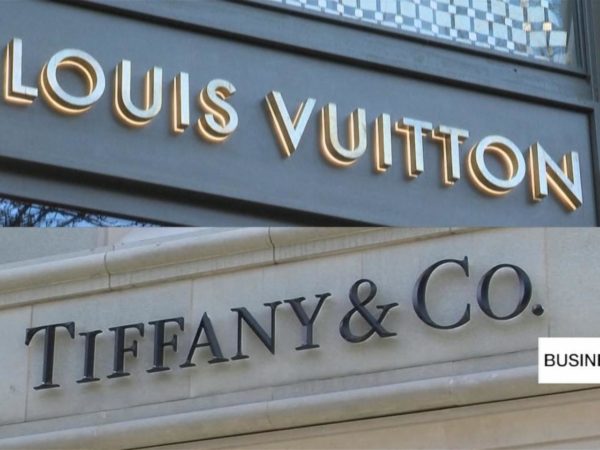 Louis Vuitton owner LVMH is scrapping its $16.2 billion acquisition of Tiffany, a deal that would have been the biggest ever in the luxury industry.

The luxury-goods giant said Wednesday the merger agreement signed last November provides for a closing deadline no later than Nov. 24, 2020. But Tiffany had requested to extend the date to Dec. 31, and the French minister of foreign affairs had directed the company to defer the deal until after Jan. 6 due to a U.S. threat of taxes on French goods.

The company said in a statement that it will not be able to complete the acquisition of Tiffany “as it stands.” It said it needs additional time to figure out any impact from potential U.S. tariffs on French goods, and therefore can’t close the deal before the end of the year.

Tiffany shares tumbled 10% in early trading Wednesday. Tiffany shares, which have a market value of $14.8 billion, have fallen nearly 9% this year.

A representative for Tiffany did not respond to a CNBC request for comment. The Wall Street Journal reported that the U.S. jewelry chain has filed a lawsuit in Delaware to enforce the agreement, saying the request from the French government has no basis in law.

The coronavirus pandemic has hit the luxury retail sector hard, sending Tiffany’s same-store sales down 44% and throwing the LVMH deal into doubt. Investors worried whether the French company overpaid, and LVMH CEO Bernard Arnault was looking to lower the price of buying the U.S. jewelry chain, according to people familiar with the matter.

Amid the turmoil, LVMH and Tiffany had agreed to push back an initial deadline from Aug. 24 to Nov. 24, as talks started to sour.

Analysts had said they believed the transaction was still going to go through, but at a lower price.

With international tourism seemingly dragged to a halt, Tiffany’s and other luxury retailers’ businesses have been battered, as many relied on big spenders from China venturing to their flagship shops in the U.S. to splurge on handbags and diamonds. In buying Tiffany, LVMH had been looking to grow its jewelry business, which had been one of the hottest and fastest-growing categories in luxury until the pandemic hit.

At the time of Tiffany’s earnings report in early June, the company was still waiting to clear key regulatory hurdles for the deal.

Some other retail-related deals have been called off because of the pandemic.

The biggest U.S. mall owner Simon Property Group has terminated its deal to buy the high-end mall owner Taubman, prompting Taubman to file a counterclaim against Simon’s accusations. The private-equity firm Sycamore also backed out of its deal to take over Victoria’s Secret from L Brands.