Hemadeh blasts Hezbollah for naming a Beirut street after a “murderer” 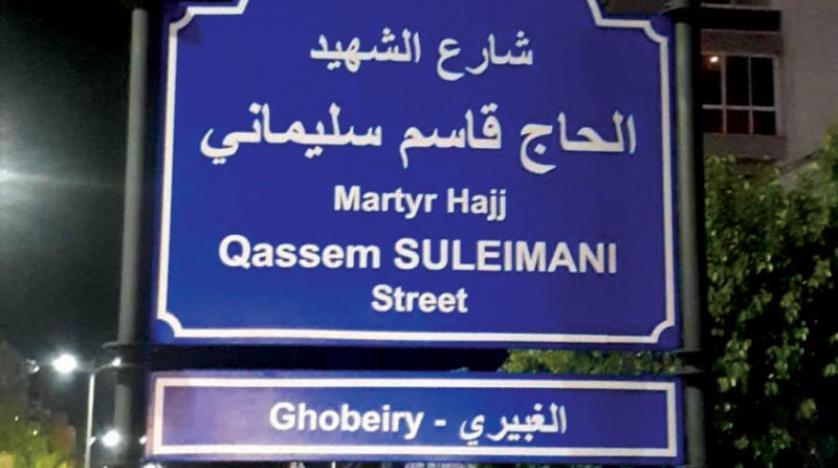 The Ghobeiry municipality which is controlled by Hezbollah named one of its sheets after Slain Iranian General Qassem Soleimani , former head of the al Quds Force
Share:

The Ghobeiry municipality in the southern suburb of Beirut named one of its streets after late Iranian General Qassem Soleimani, in a move that sparked controversy among the Lebanese.

The municipality, controlled by Hezbollah, stressed that there were no political intentions behind the move.

However, resigned MP Marwan Hamadeh said in a statement to Asharq Al-Awsat: “No wonder that the municipality of Ghobeiry, like all the institutions controlled by Hezbollah, has used the names of murderers, criminals, and those with a history of terrorism… to decorate streets at the expense of the misery of its people and destroy what remains of Lebanon’s reputation and its historical and fraternal relations with its Arab brothers and the world.”

Despite the controversy raised by the street name, the mayor of Ghobeiry, Maan al-Khalil, said that there were “no political intentions to the decision,” noting that the municipal council “took the initiative independently of its political backgrounds.”

Ghobeiry is one of the largest areas in Beirut’s suburbs and its municipality is among the richest in Lebanon in terms of financial revenues.

Khalil continued: “We see it as a moral imperative towards Soleimani,” who held the position of commander of Al-Quds Force in the Iranian Revolutionary Guard before his assassination in Iraq earlier this year by a US strike.

The Lebanese law allows municipalities to name the streets within their boundaries and to inform the Ministry of the Interior, which has the right to approve or reject the naming within a year.

Mohamad Fahmi, caretaker minister of Interior in the resigned Hezbollah backed cabinet reportedly did not want to anger Hezbollah and for this reason he elected to ignore the move. If he does not object to the move within 30 days then the name change becomes official.

Hezbollah was create in 1982 by the Iranian Revolutionary Guard , as part of its al Quds Force. Hezbollah chief Hassan Nasrallah reported to Soleimani. Nasrallah was one of the last Iran backed officials Soleimani saw before he was assassinated in Baghdad .