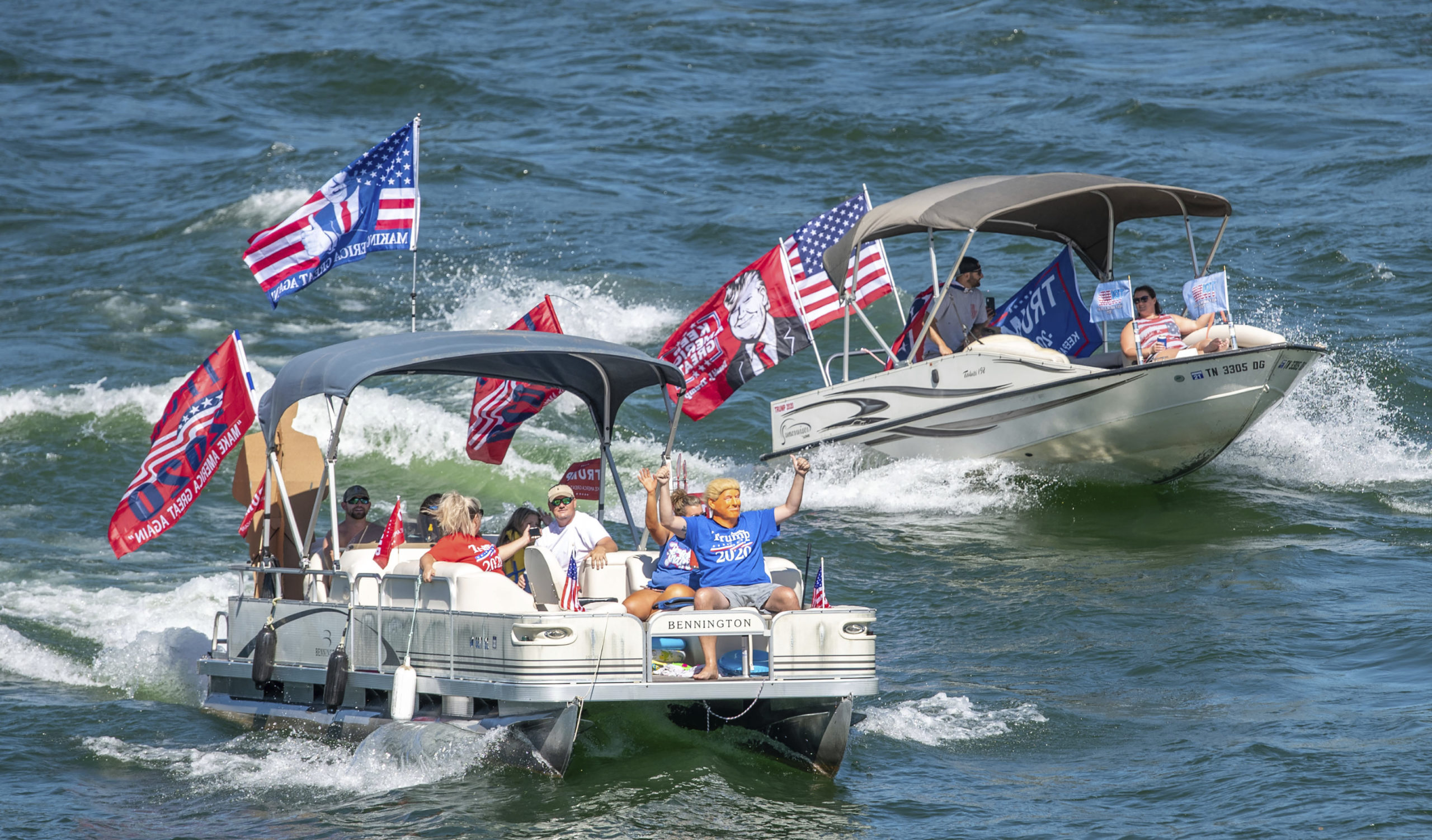 Several boats sank Saturday while taking part in a parade in support of President Donald Trump. A Trump masked boat rider waves to those on the Hwy 421 bridge during the Boat Parade on Saturday, Sept. 5, 2020
Share:

AUSTIN, Texas (AP) — A spokesperson for the Travis County sheriff’s office in Texas says “several” boats sank Saturday while taking part in a parade in support of President Donald Trump.

“We responded to multiple calls of boats in distress, several of them sank,” but there are no reports of fatalities or injuries and investigators have not determined how many boats sank on the lake near Austin, according to sheriff’s spokesperson Kristen Dark.

Dark said the cause was under investigation, but there was no indication of an intentional act.

“We have no reason to suspect foul play in any of these,” sinkings, Dark said.

Dark said weather conditions were generally calm and meteorologist Paul Yura with the National Weather Service in Austin/San Antonio said there were were no storms in the area at the time and winds were generally 10 mph (16 kph) or less.

“The lake should be fairly navigable, without issue at those wind speeds,” according to Yura.