Renewed sectarian clashes in Khaldeh, raise the risk of sectarian strife in Lebanon 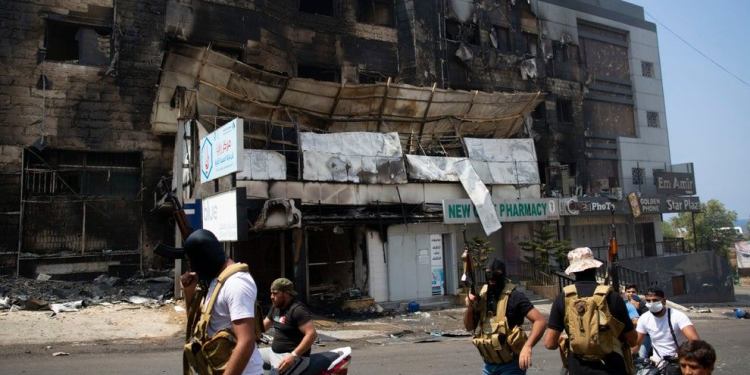 BEIRUT – Gunfire broke out on Tuesday in a town south of Beirut, where clashes last week killed two people and raised the risk of sectarian strife in Lebanon, the state news agency NNA said.

NNA said an army patrol had deployed to the Khaldeh area to calm the situation, but gave no further details.

Last week’s clashes in Khaldeh between Sunni Muslims and Shi’ites, in which a 13-year-old boy was killed, had prompted a flurry of contacts among Lebanese politicians seeking to contain tensions.

A security source said the brother of one of those involved in Thursday’s confrontation came to the area on Monday, angering the Sunni Arab tribe to which the boy belonged. They shot at the building he was visiting.

The tribe last week accused members of the Shi’ite group Hezbollah of opening fire, a charge it categorically denied.

The Lebanese army had said the problem on Thursday spiralled out of a row over a poster put up by Hezbollah to commemorate Ashura, the 7th century martyrdom of Imam Hussein.

French President Emmanuel Macron is currently visiting Lebanon to press for the formation of a government that can enact long-demanded reforms to help Lebanon exit an economic meltdown compounded by last month’s Beirut port blast.