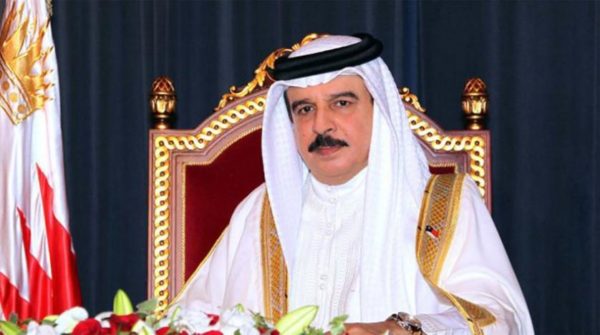 Kushner is visiting Gulf countries following an Aug. 13 accord between the UAE and Israel to normalize relations and has said he hopes more countries will also cement ties with Israel.

Saudi Arabia, Bahrain’s close ally, has said its price for normalizing relations with Israel is the creation of a sovereign Palestinian state with Jerusalem as its capital.

During the meeting, King Hamad also praised the “steadfast historical positions of the United Arab Emirates in defending the issues and interests of the Arab and Islamic nation, and its tireless efforts to reach a just and comprehensive solution that would guarantee the Palestinian people gaining their legitimate rights and achieve lasting peace in the region.”

The talks also focused on bilateral cooperation, which is based on a history of distinguished relations spanning more than 120 years and military cooperation for more than 75 years.

King Hamad affirmed the historical strategic relations with the US, expressing his thanks for the continuous efforts made by the Trump administration aimed at establishing security, peace and stability in the Middle East region.

Earlier on Tuesday, Kushner said he hopes another Arab country normalizes ties with Israel within months.

No other Arab state has said so far it is considering following the UAE. Several have ruled out normalization under current conditions.

Israel’s neighbors Egypt and Jordan reached peace deals with it decades ago, but other Arab states have long held the position that Israel must agree to give more land to the Palestinians for a state before ties can be normalized.
Israel and the United States have said they are pushing more Arab countries to follow the UAE’s path. Israel’s intelligence minister has mentioned Bahrain and Oman. Kushner will next visit Bahrain, Saudi Arabia and Qatar on his Gulf tour.

The UAE-Israel deal was welcomed by some Gulf countries but has been met by overwhelming Palestinian opposition.