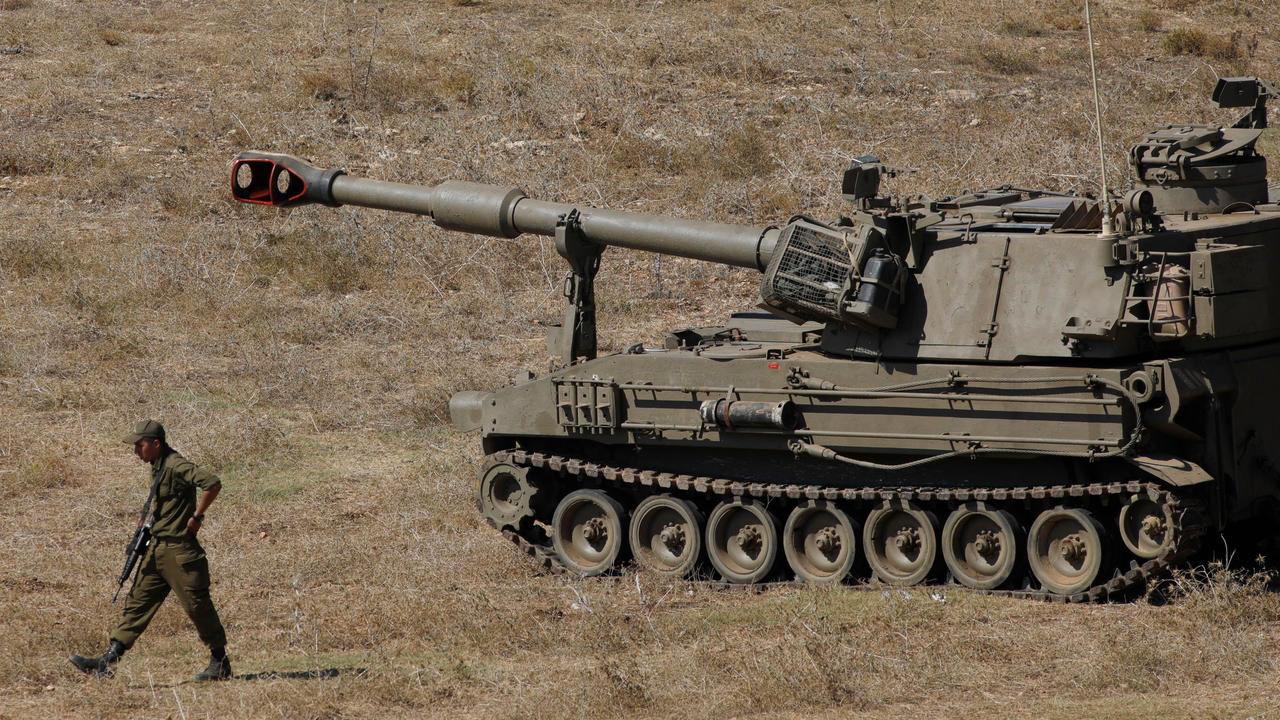 Israel has an array of firepower stationed along its border with Lebanon JALAA MAREY AFP
Share:

PM Benjamin Netanyahu said Wednesday that Israel views with “great gravity” the latest flare-up on the Lebanese border and pledged a tough response in the event of further incidents.

“We shall react forcefully to any attack against us,” Netanyahu said in a statement. “I advise Hezbollah not to test Israel’s strength. Hezbollah is once again endangering Lebanon due to its aggression.”

Israel and Hezbollah fought a devastating month-long war in 2006.

Israel said earlier it had launched air strikes against Hezbollah observation posts in Lebanon after shots were fired from across the border towards its troops the previous evening.

The border flare-up came hours after Lebanon rejected an Israeli call to reform the UN peacekeeping force which patrols the border ahead of a UN Security Council vote to renew its mandate.

The Israeli army had said earlier that a “security incident” was unfolding near Manara, a kibbutz near the UN-demarcated border between the two countries, and urged residents to take shelter.

It reported no Israeli casualties.

Manara was quiet on Wednesday morning, an AFP journalist reported. The army told residents they could come into the open and resume work in the fields.

Hezbollah chief Hassan Nasrallah on Wednesday opted not to comment extensively on Tuesday’s flare-up on the Lebanese-Israeli border while describing the events as “important and sensitive.”

“Yesterday’s events, the Israeli upheaval, the firing of phosphorus bombs and some attacks are something important and sensitive to us but I deliberately will not comment now,” said Nasrallah in brief remarks about the incidents during a Ashoura religious sermon.

“I will leave talk about it to the appropriate time,” Nasrallah added.

A Hezbollah spokesman on Wednesday declined to comment on the overnight flare-up but a member of the group said no Hezbollah  positions were hit by Israel as claimed by its army. The Hezbollah member spoke to The Associated Press on condition of anonymity because he was not authorized to brief the media.

He said shrapnel hit a structure belonging to Green Without Borders, an environmental NGO that Israel says is an arm of Hezbollah allegations denied by the Iran-backed armed group.

The Hezbollah member would neither confirm nor deny that an attack had been launched from Lebanon.

According to observers the Lebanese people are in no mood for engaging in any conflict. They reportedly have had enough with the corrupt ruling elite which robbed the people and bankrupted the country . They blame Hezbollah for protecting the ruling elite with its so called” resistance” arms . For this reason if Hezbollah attempts to engage in any new conflict it will be on its own. This could spell trouble for the Shiite community in south Lebanon . During the 2006 war with Israel about a million mostly Shiite south Lebanese displaced and homeless were welcomed with wide open arms to the homes of the rest of the Lebanese throughout the country.