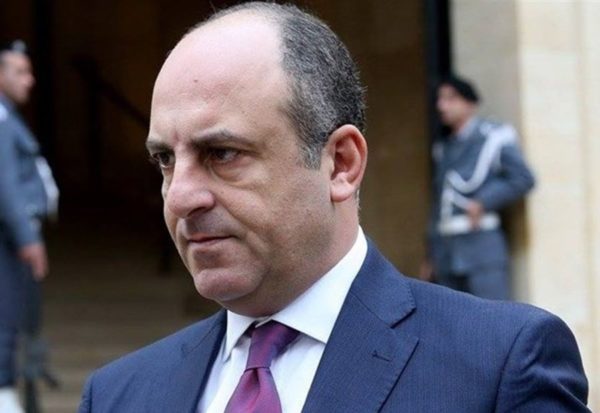 MP Pierre Abu Asi blasted President Aoun over the August 4 explosion calling him the death (Ogre) monster on MTV’s “Beirut Today” program via . He said “the massive explosion in Beirut is the result of complicity, negligence and cowardice . Negligence is the most obvious specially when the President of the Republic Michel Aoun announced that he referred the issue after knowing on July 20 about the Ammonium nitrates. This is is unacceptable”. ” Would he have acted this same way if he found out that one kilo of explosive material is in the Baabda palace ? Is he the captain of the ship? Responsibility begins at the top of the pyramid? “

He added, “I was shocked when the president of the republic refused an international investigation into the Beirut bombing. Fine , he wants a local investigation ? We have seen what happened with the local investigations into the assassination of Pierre Gemayel, Gebran Tueni, George Hawi, Antoine Ghanem and all the martyrs…. the files are all empty.”

He continued, “We and my party are committed to uncovering the truth and not allowing a disaster similar to what happened in Beirut to be repeated,” adding: “We want an international investigation and we demand it and we will not back down.”

Abu Asi is a key member of the Lebanese Forces , one of the largest Christian political parties in Lebanon .

Aoun was first informed on July 20 about the dangerous stockpile of 2550 tons of ammonium nitrate in the port of Beirut – 15 days before a huge blast killed 181 people and injured over 6500 and made 300, 000 people homeless

Aoun said he immediately ordered military and security agencies to do “what was needed”, but suggested his responsibility ended there, saying he had no authority over the port .

The criminals responsible for Beirut port disaster must be punished.. check how the ammonium nitrate was stored!!! from r/lebanon

This video shows how the Ammonium nitrate was stored in the warehouse . Most of the bags were open and some were partially emptied indicating that a lot of the product was stolen . According to several reports Hezbollah has shipped ammonium nitrate during the past 6 years to the United Kingdom, Germany and Cyprus

Local observers were shocked when Aoun a key ally of the Iranian backed Hezbollah militant group declared he has no authority over the port .

What shocked observers even more in the days that followed , his statement ( while the investigation is still ongoing) denying that Hezbollah had any arms at the port calling this ” impossible “.